Important by-law changes are coming to Ville de Sherbrooke. To communicate these changes to residents and businesses, several city departments collaborated to configure a story map that combines a multitude of content. Read about April’s App of the Month, the Highlights of the Regulatory Reform story map, in this blog post.

In Ville de Sherbrooke, important rules are changing and the City is using a story map to tell people about it. The City is undergoing a lengthy process to more clearly define development rules in each of its neighbourhoods by harmonizing 10 zoning and subdivision by-laws—a by-product of a 2002 municipal merger in 2002—into a single law.

Before the bylaw is enacted early next year, the City is undergoing public consultations this spring. A number of citizens filed briefs following the municipal council’s adoption of this draft bylaw, so Ville de Sherbrooke decided to extend the timeline by one year in order to assess all the demands. To help communicate the impending by-law changes to Sherbrooke residents, three departments at the City collaborated to create the Highlights of the Regulatory Reform story map in 2015. 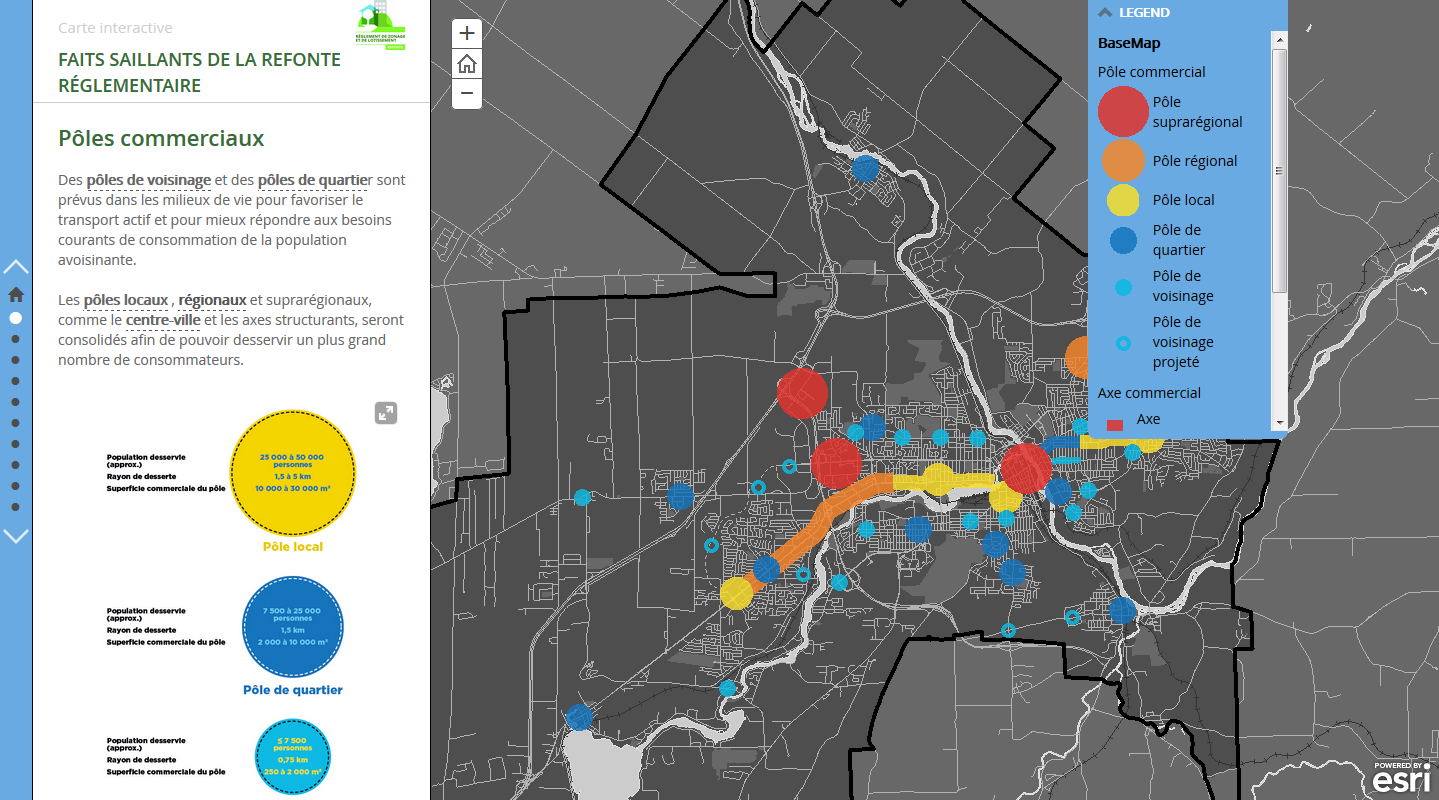 The interactive app integrates text, maps, photos, infographics and drawings, giving Sherbrooke residents a comprehensive resource that outlines how changes, such as residential and business zoning standards, will affect them. The City selected a story map to convey this information because of its ability to accommodate a variety of content in a simple, yet visually impactful way.

The story map also helps to simplify the presentation of the detailed, and sometimes complex, information involved in the by-law changes. For example, the app was used during presentations to inform elected officials, who need to be well-informed on the impending by-law changes so they can succinctly communicate information to their constituents. 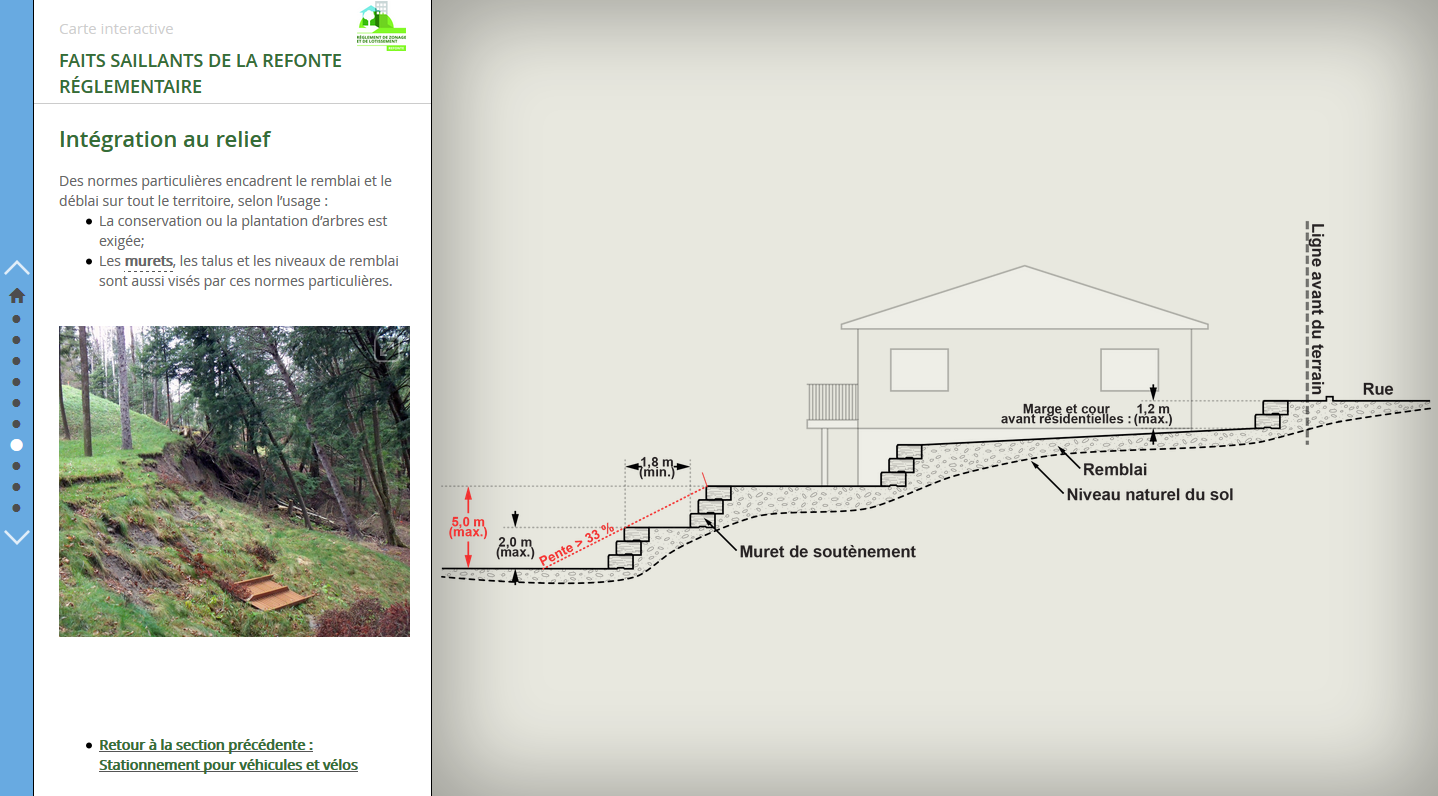 The app includes drawings and photos that helps to simplify what changes to Sherbrooke’s zoning laws will mean to area residents and businesses.

Once up-to-speed with the capabilities and requirements of the selected template, the Story Map Journal, the communications department and planning division coordinated the creation and delivery of the app’s content. Recommendations on the story map’s look-and-feel—including font types and colours—were also provided. This customization allowed the story map to adopt an appearance consistent with other communications Sherbrooke has published related to the bylaw consolidation effort. The GIS department then configured the story map and worked with the communications department and planning team to make necessary changes before it was officially launched.

Since its launch, the app has been viewed 1,500 times and the GIS department has received inquiries from neighbouring cities interested in developing their own story maps. Following the introduction of a new bylaw in May 2016, Sherbrooke’s GIS department will update the information in this story map.