March’s App of the Month is “Food, Water and 7 Billion people” a story map by Karl Chastko from McMaster University. Learn how geographic information systems (GIS) can help improve our understanding of the role water plays in food production around the world.

Did you know that a person consumes between 2 to 4 litres of water daily? This number can go up to 5,000 litres if we factor in the indirect water consumption necessary for food preparation. Karl Chastko, a Geography student at McMaster University in Hamilton, Ontario, wanted to do his part in educating the public on how water is allocated in food production across the world, so he created the story map “Food, Water and 7 Billion people”.

The app provides a neutral overview of various food products and their impact on the environment and is ideal for those who are interested in the provenance of food, discovering the actual cost of production and its carbon footprint. It’s a perfect educational tool for high school Geography classes and introductory courses in university. 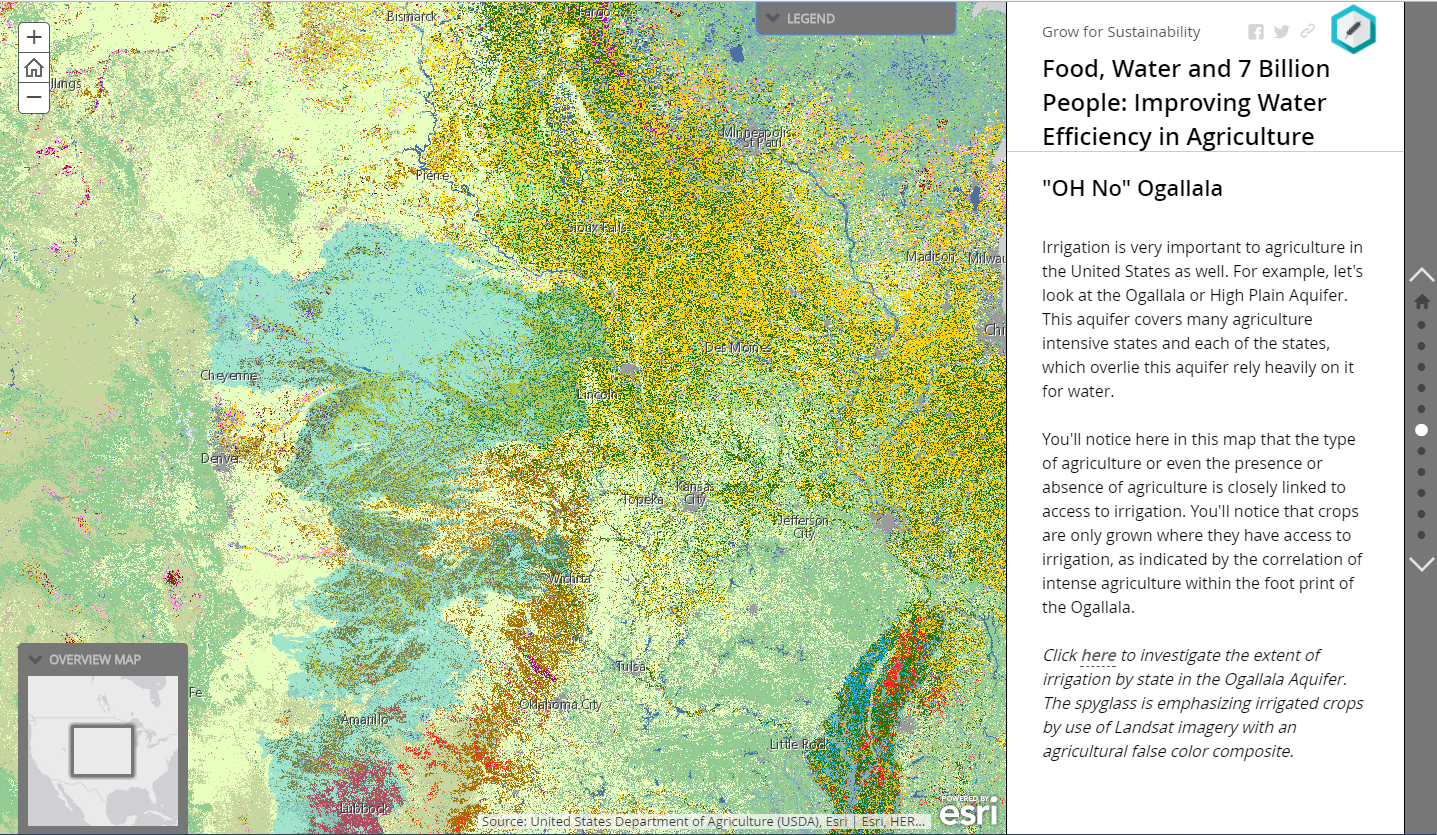 Developed over the course of a month, Karl spent the better part of two weeks formulating ideas for the narrative of the story map and creating data layers and other components. Drafting the text and stories took just under seven days, and after a week of troubleshooting, the story map was finally ready to go.

“I was surprised at how much useful data was available in the Living Atlas (an ArcGIS Online feature available through an open data portal). I used the Story Map Journal template and was amazed at how easy to use it was,” noted Karl. “One of the aspects that grabbed my attention was the ease with which I was able to embed components such as YouTube videos. Esri Story Maps is the best plug-and-play technology; you don’t need to know HTML, JavaScript or CSS.”

The idea for the app came about after Karl took a course in spatial topics in GIS.

“Feedback on the story map has been great. Users say they’ve increased their understanding of various issues, and they particularly appreciate the spyglass and swipe tools, which allow them to view and interact with various map layers. The story map also lends itself well to communicating complex information visually and helps users understand the scale of processes such as rice production. It allows them to experience the production cycle without having seen or lived it,” adds Karl.

The app has received close to 60,000 views so far, exceeding his expectations. It has also generated a lot of interest on social media from people curious to learn more about food production worldwide and how water plays a role in it.

With regular updates of imagery and additional data planned in the future, be sure to bookmark and explore the “Food, Water and 7 Billion People” story map. Don’t hesitate to share your thoughts and impressions about the app. Leave a comment below.