Many of the major languages are represented within ArcGIS platform. But what about those that are not? For example, Indigenous language syllabics. How can those work within your data to ensure that you are conveying the information or message that you would like to your audience? With 5 easy steps we will show you how to display syllabics in your ArcGIS Pro Project.

Maps have been a means of visually communicating the world through a sheet of paper. You can illustrate shapes to describe mountains, lines to show the flow of rivers, and points to denote cities in a region. Famous philosopher Ludwig Wittgenstein once stated, “the limit of my language means the limits of my world.” Thus, a vital component of a map is its labels’ language.

A traditional place name represents not just the preservation of Indigenous languages but also revitalization of culture, and history. Take for example, the place name “Aulattivik”, which means “peninsulas where animals were hunted “, is an indication of how the Indigenous people of Qikiqtaaluk Region in Nunavut interacted with their surroundings and a way of expressing an important place and knowledge.

What is also of importance is considering a language’s inability to capture the true essence or meaning of a word in another language. The ability to display the syllabic “iktsuarpok”, which roughly translates to “the feeling of anticipation of waiting for someone to arrive” on a map would have a much higher impact on the audience than them reading the word “iktsuarpok”. 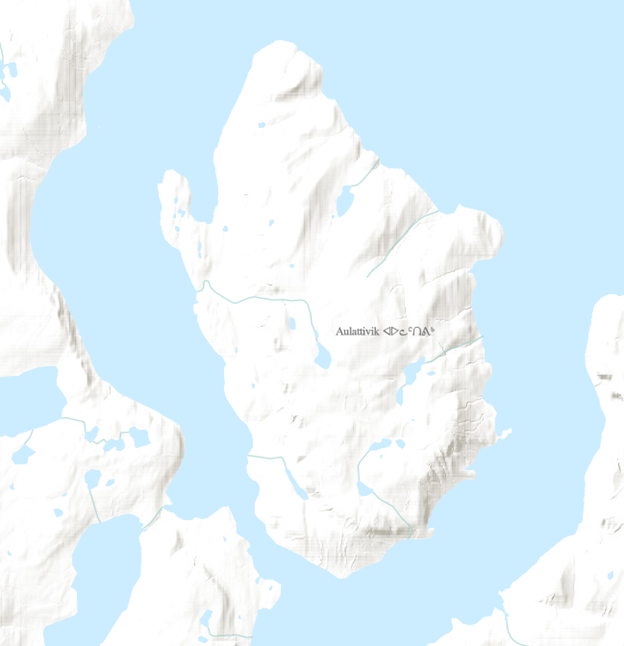 Representation on the Community Map of Canada

The Community Map of Canada uses authoritative sources such as the Geographical Names Board of Canada (GNBC) for place names on the map. Additionally, you can display syllabic to your map in ArcGIS Pro to authentically communicate with your audience with these five simple steps.

The Community Map of Canada uses the “Masinahikan Regular” font style which was selected and installed onto our machines.

In 5 simple steps, you can now leverage the depth of language by preserving the cultural context of a language. You can also follow these steps in a video.

You can learn more about The Community Map of Canada and the Living Atlas of the World - Canadian Edition at the 2022 Canadian Open Data Summit.