Natural Resources Canada (NRCan) has released a large number of datasets containing high-resolution digital elevation data for parts of Canada. The elevation data was initially collected using a variety of sensors including LiDAR and stereo imagery. NRCan has produced several standard elevation data products and published them on the federal open data site. Check out the quality of this data as it is now easy to get, use and manipulate; plus, the data could be useful to you in your next project.

This HRDEM data can be used for many applications which include rendering of 3D visualizations, flood-risk mapping, hydrologic studies, relief maps, 3D animated fly-throughs, city planning, engineering projects, rectification of aerial photography or satellite imagery, terrain rectification of radar imagery, modelling of avalanches or landslides and a host of other applications.

DEMs are datasets that are often overlooked in GIS projects, but the data is now becoming more accessible online and is now as easy to use as any other GIS data layer.

How do these three elevation data models differ from each other? The differences are subtle but unique. A DSM is a profile of the highest surface above the ground, so it includes rooftops, forest canopy, buildings and anything that is above ground level. A DEM, on the other hand, has these above-ground objects removed through processing, and this resulting product is also known as a bare-earth (or bald-earth) model. Some experts consider DTMs to be equivalent to a DEM, but there’s more to a DTM than just terrain elevation. In fact, DTM data is comprised of three datasets which are terrain elevation, terrain slope and terrain aspect. Though if you have the terrain elevation (DEM) data, then you can easily create the terrain slope and aspect data. All these datasets are in raster format with the average terrain elevation, surface, slope or aspect value in each raster cell.

The recently published NRCan HRDEM products are available at both 1 metre and 2 metre resolutions and are projected to the UTM NAD83 (CSRS) coordinate system and the corresponding UTM zone. The datasets at 1 m resolution cover an area of 10 km x 10 km while datasets at 2 m resolution cover an area of 20 km by 20 km. In the northern and arctic portions of Canada, only DSM datasets are available, which are at 5 m resolution and projected to the Polar Stereographic North coordinate system referenced to the WGS84 horizontal datum. All the available HRDEM products are referenced to the Canadian Geodetic Vertical Datum of 2013 (CGVD2013), which is now the reference standard for heights/elevations across Canada.

Ok, enough with the technical details. Let’s take a closer look at these elevation datasets. I’ve selected an area south-west of Peterborough, Ontario, and I downloaded one of the DEM files and loaded it into an ArcGIS Pro scene as shown in the figure below. Note that the elevation data is geocoded, so the image overlays on the map at the exact location.

DEM of an area south west of Peterborough, Ontario. The elevation data is depicted through a grey-level raster image with the darker colours indicating lower elevation and the lighter colours higher elevation.

ArcGIS Pro can process elevation data in different ways. Each of these processes creates a new data layer that can be used for further analysis or for publishing as a web map. 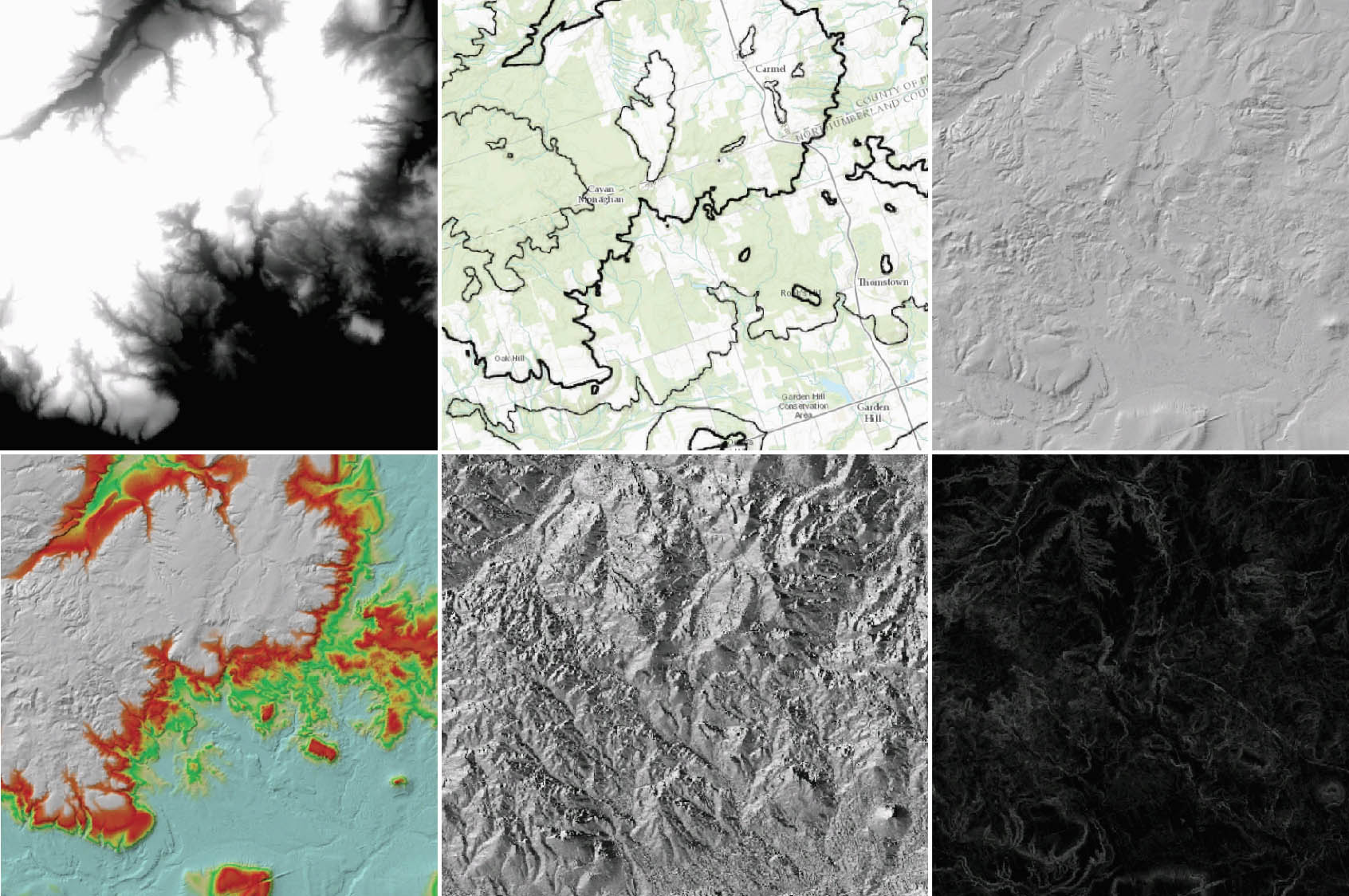 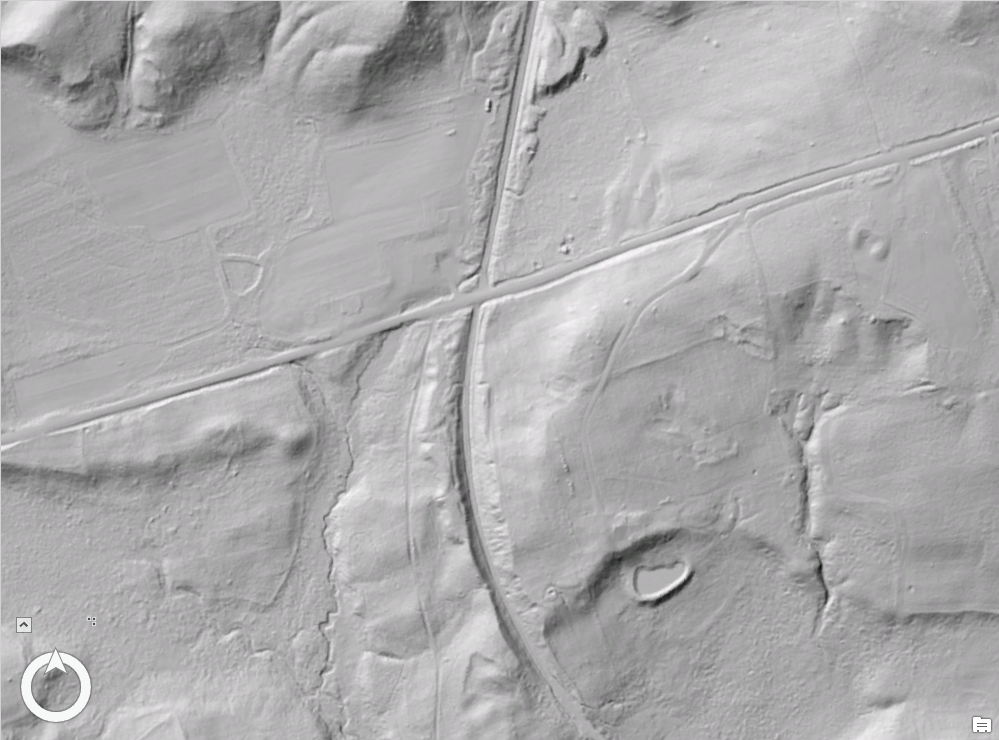 As mentioned earlier, the HRDEM data from NRCan is 1 m resolution.  It allows roads, ditches, watercourses, ponds and other features –  that one might not see in a regular aerial photograph – depicted clearly. 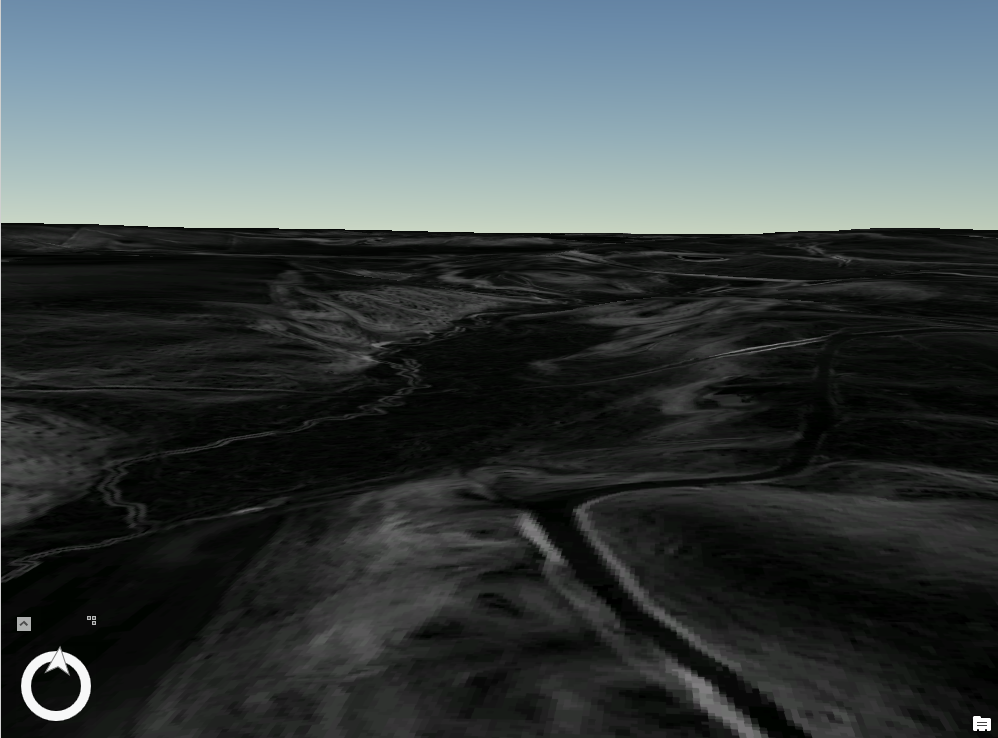 A perspective view of the elevation slope data calculated by ArcGIS Pro. Note that the areas with low slope-like roads are dark and the areas with higher slope are lighter. This view of elevation data allows easier recognition of many geographic features.

To sum up, national coverage of high-resolution elevation data is being published online from NRCan as open data. This data can be accessed and loaded into ArcGIS Pro as well as viewed and processed in a variety of ways to suit your application. Check out this free high-resolution elevation data so that you are ready to use it in your current applications or in your next project.