The following communities were updated on the raster topographic basemap: 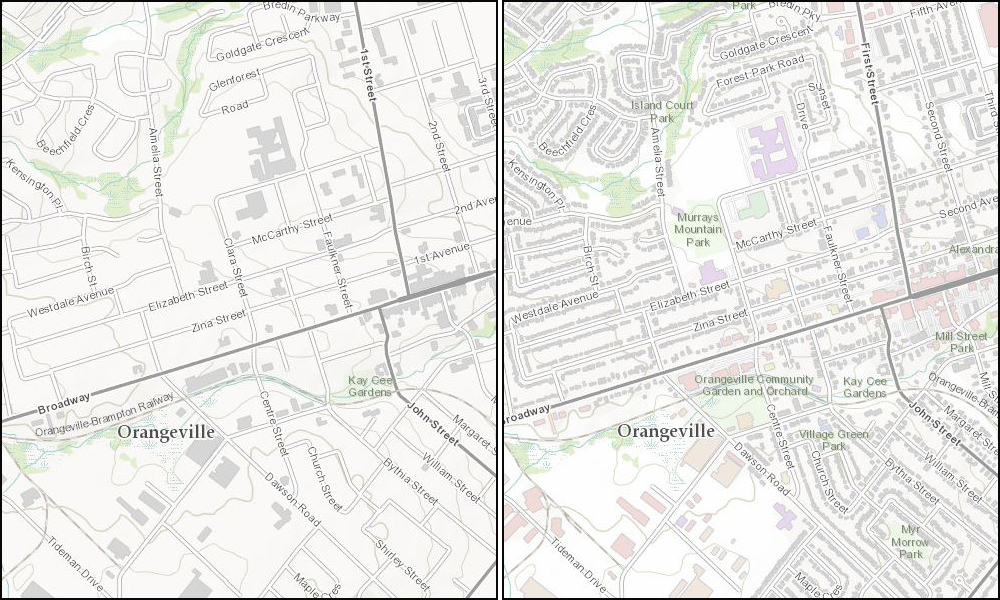 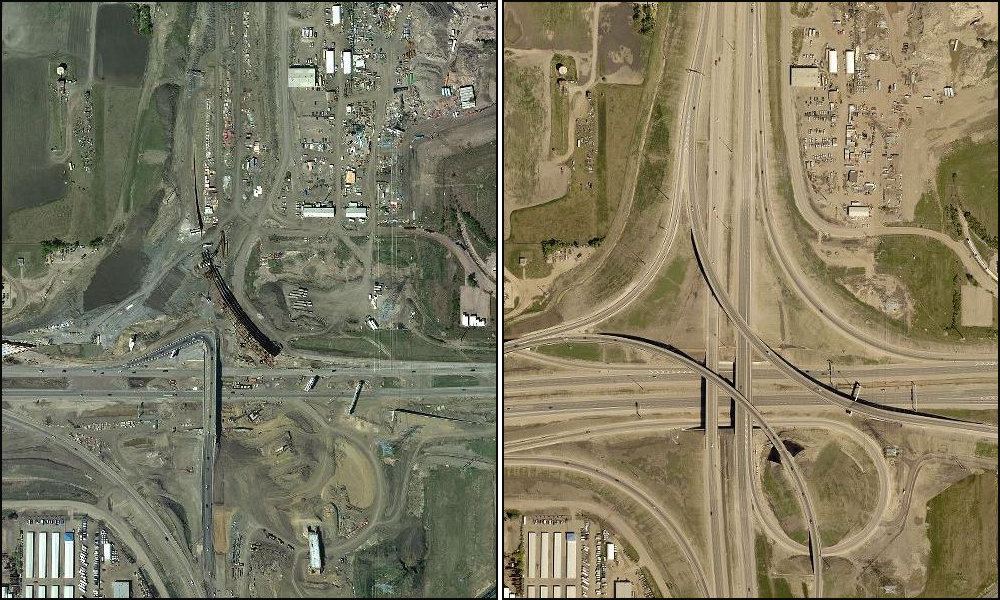 If you’re feeling nostalgic for some older imagery that has since been updated, visit the World Imagery Wayback app online. There, you can view any of the 81 different versions of imagery that has been published on ArcGIS Online going back to early 2014. To narrow what’s available for the area you’re looking at, check the box that says “Only updates with local changes” in the left panel. 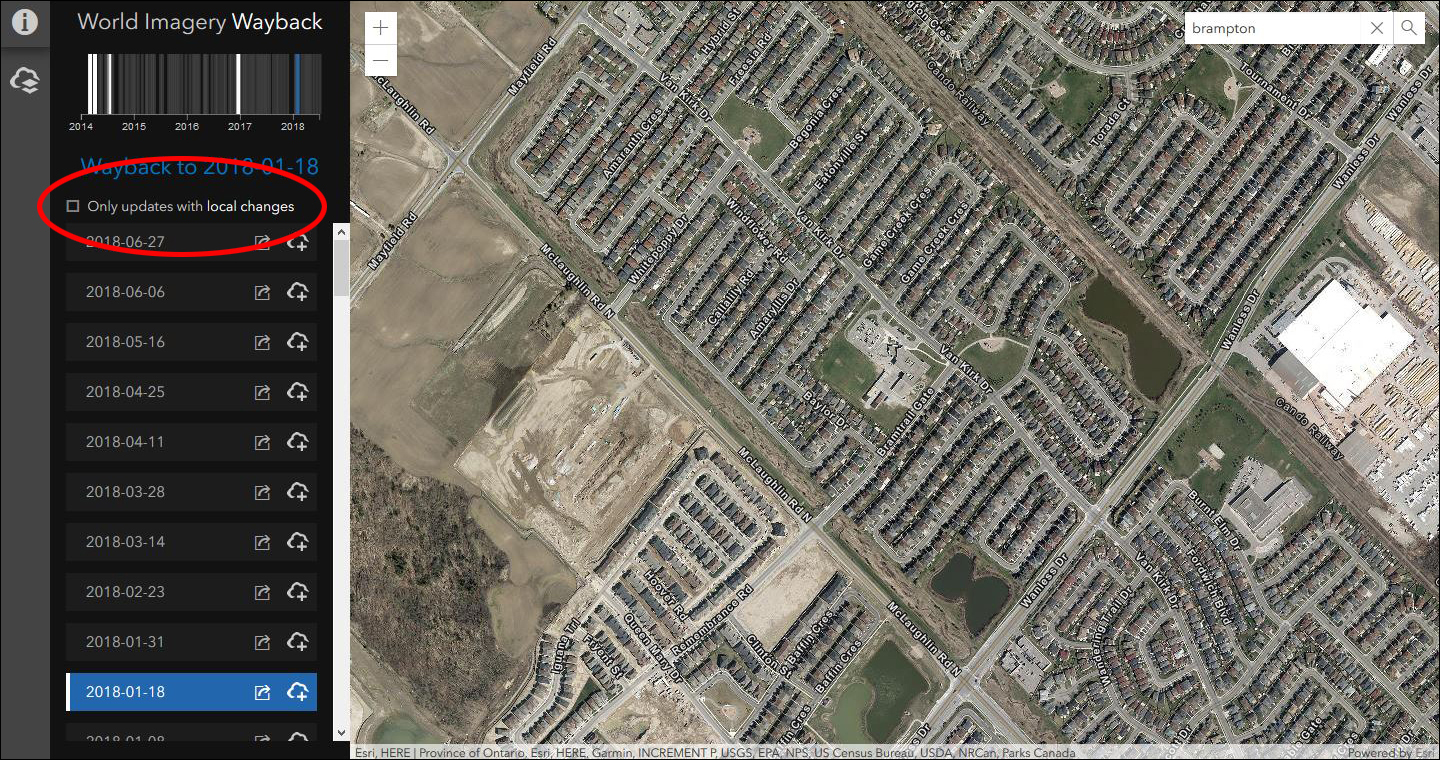 This will greatly reduce the number of imagery basemaps versions that appear in the panel. In this area of Brampton, for instance, five different versions appear. Any of these versions can be queried for more information or selected to add to a basemap. 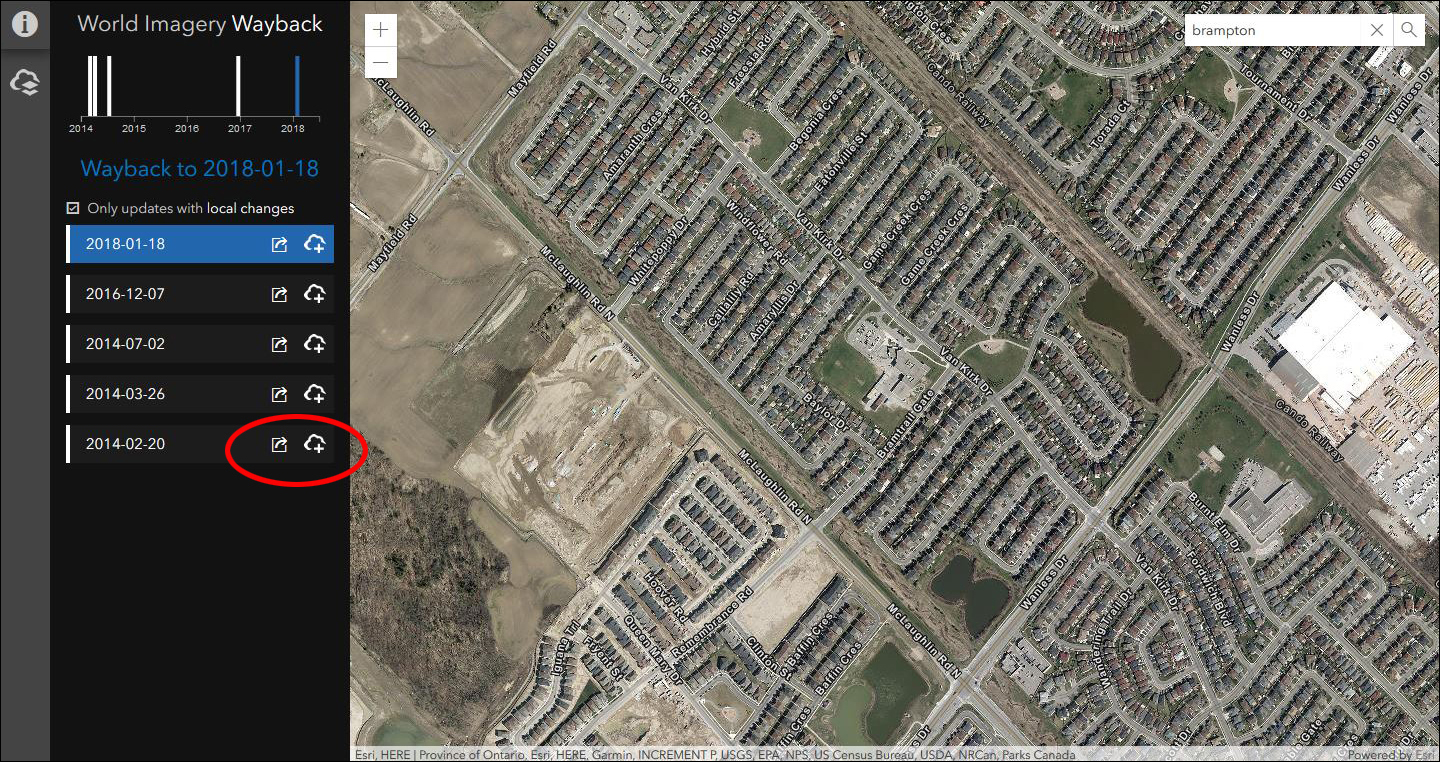 The items then appear in the far, far left ArcGIS Online shopping cart. Once you’ve completed your selection, click on this icon to open up a map on ArcGIS Online containing the selected basemap. versions. 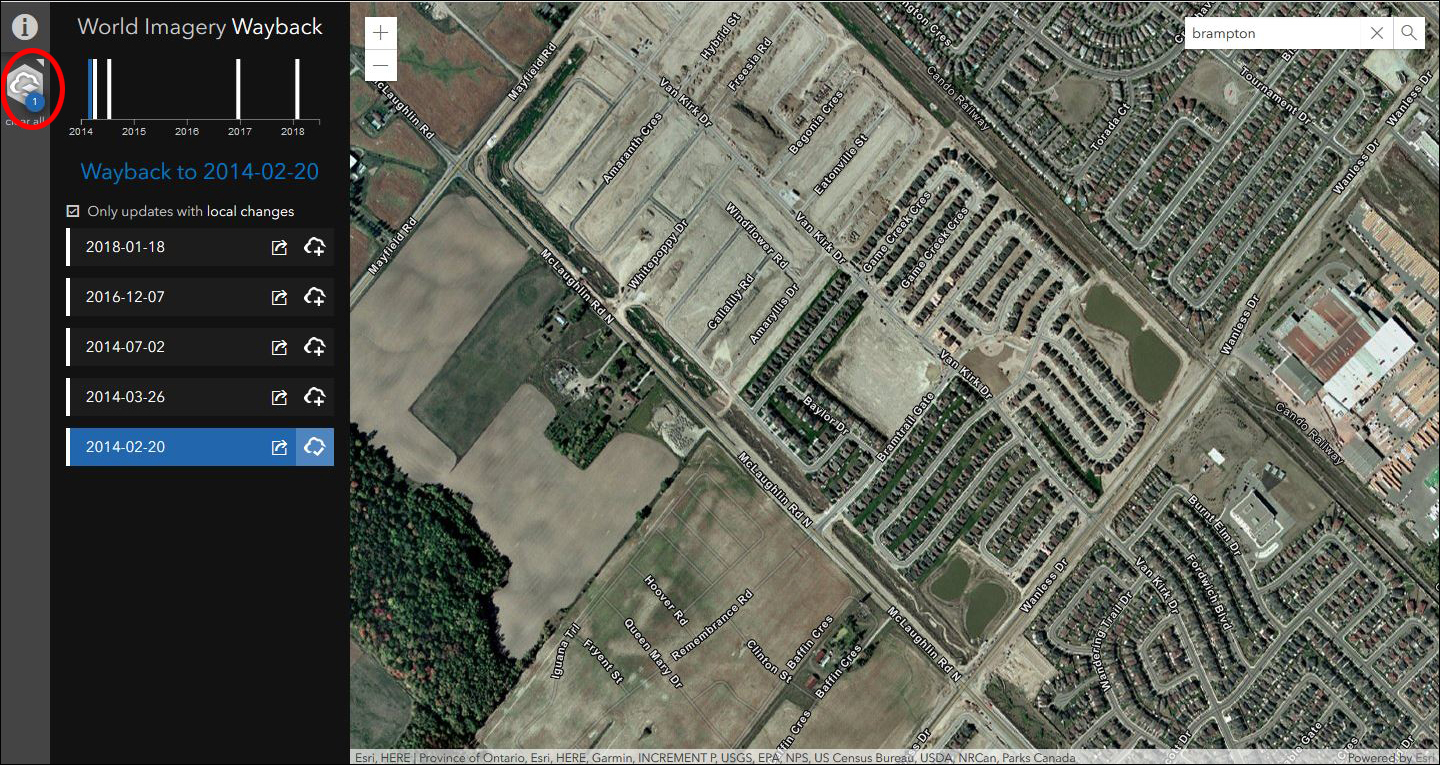