The raster topographic, imagery and vector tile basemaps were all updated with new Canadian content in April. 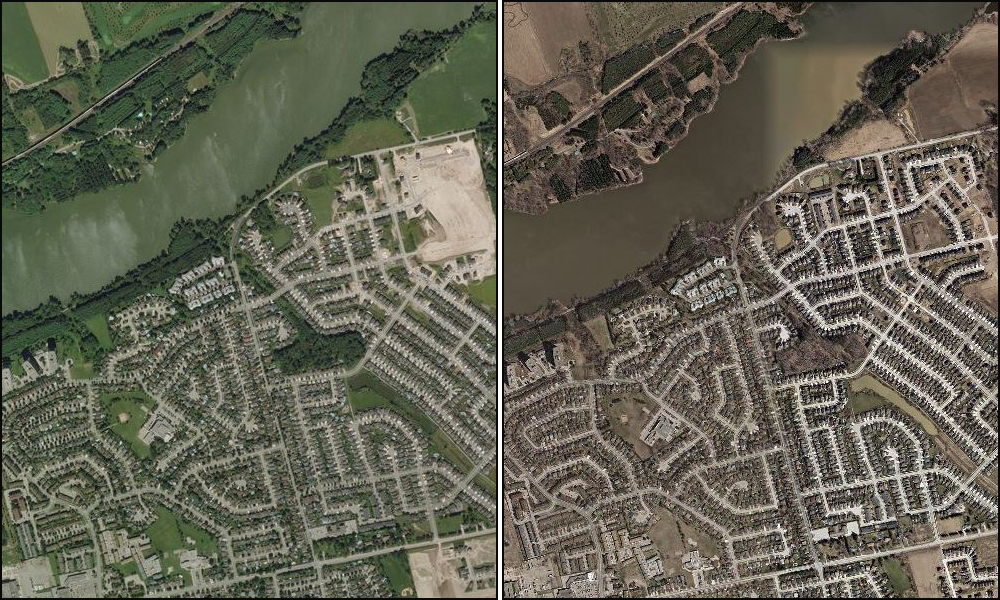 5cm imagery from 2016 on the right replaces previously existing imagery shown on the left.

Finally, four contributors had content published as part of the vector tile basemaps, including: