Uppsala is Sweden’s fourth-largest city with a population of 230,000. With that population expected to rise to 350,000 by 2050, the city needs new housing. City planners are designing a new district that will provide new housing, incorporate new transit infrastructure and keep in line with sustainable and green growth commitments.

“After we built the model, we realized that it provided a way to study and share scenarios in a simple way that makes urban planning much more understandable,”
— Svante Guterstam, Strategic Community Planner, City of Uppsala 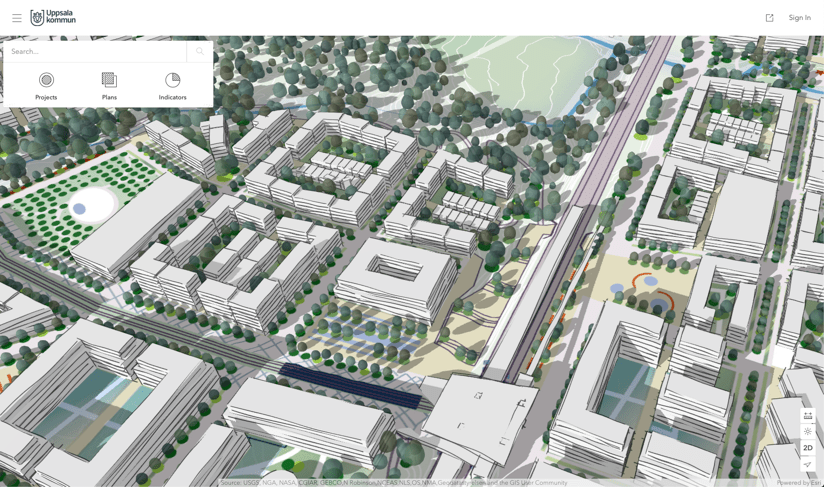 With a 23 percent growth rate over the past ten years spurred on by employment opportunities in large tech firms, Seattle, Washington is the fastest growing city in the United States. However, given the city’s constrained topography and a need to balance growth with its potential impacts, such as housing affordability, this growth needs to be managed carefully.

“We’re going to use ArcGIS Urban to really understand where we’re at now according to the latest forecast. It will help us see what we can do and to try different scenarios of what we can consider,”
— Jennifer Pettyjohn, Senior Planner, Seattle Office of Planning and Community Development 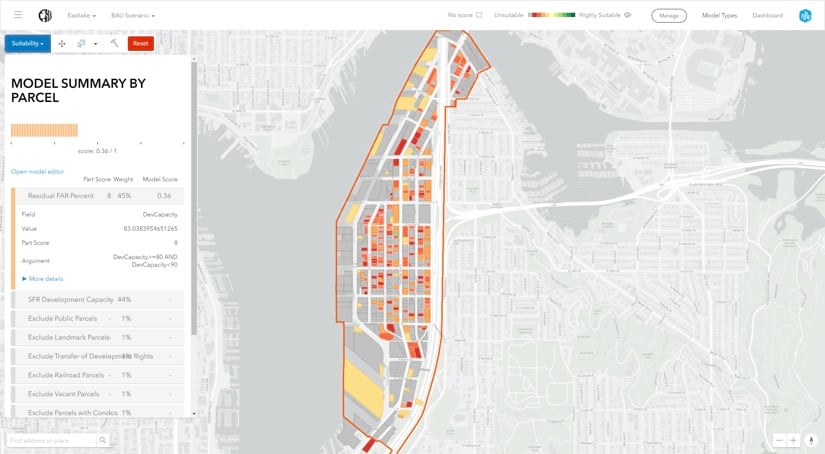 The Development Suitability tool allows planners to view whole neighborhoods then drill down to the building level.

Although its population is only 6,500, Hardeeville, South Carolina is experiencing an unprecedented growth rate of 120% since 2010 due to development interests and investments. To help accommodate this growth, the city has annexed nearby land from a neighbour municipality. Given its increasing size in both population and geography, there are multiple proposals for large-scale development. However, with a small planning team, this growth can be challenging to manage.

“Having zoning codes and use tables in Urban will remove the need to dig through the municipal zoning and development ordinance to find setback requirements, use allowances, and density restrictions”
— Kiel Jenkins, City Planner, City of Hardeeville

Honolulu, the fourth-most densely populated area in the US, is challenged by a lack of affordable housing, especially long-term housing. This issue is compounded by short-term rental patterns, such as Airbnb services, that cater to tourists.  As such, City planners must analyze both short-term rentals and resident housing from the view of affordability.

“Our planners’ eyes got really wide when they realized that they could quickly and easily change values in the zoning code and see what the difference in development would be.”
— Ken Schmidt, GIS Administrator City and County of Honolulu 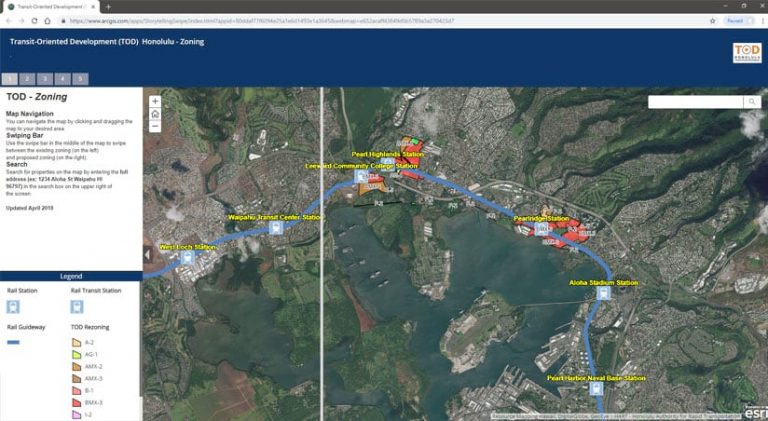 5. With space at a premium, San Francisco gets creative with smart planning

San Francisco has been a high growth city for decades and this trend is set to continue well into the 21st century. However, growth is not without its challenges. To effectively address issues such as affordability, land supply and quality of life, long-range planners in San Francisco are using a holistic, systems-level approach. This approach seeks to understand the interplay of multiple factors such as employment, housing, transit and infrastructure. Additionally, planners must consult with stakeholders and the public.

The core long-range planning challenge is how to design the city of tomorrow to provide a rich urban experience within the limits of infrastructural capacity.”
— Scott Edmonson, Senior Strategic Sustainability Planner-Economist, City of San Francisco

Historically, the Boston Planning & Development Agency (BPDA) used a carved wooden model of Boston’s downtown to help evaluate and develop plans. A major concern for the city, are the shadows that developments cast on the city and parks, especially the Boston Common park. Indeed, as per the Boston Common Shadow Law, new buildings must limit the amount of time their shadows are cast on the park. In recent years, there has been a building boom, which requires planners and developers to examine the shadows these new developments could cast. To explore the impacts of such developments, the BPDA went beyond their traditional wooden model and created a digital twin powered by ArcGIS Urban. 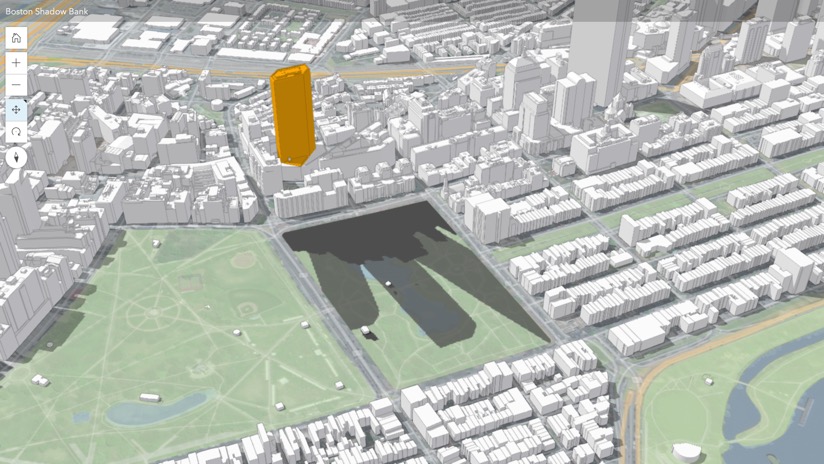 With more than 1200 heritage properties, planners at the City of Kinston Ontario must ensure that new development blends harmoniously with the city’s historic character.  To help do so, Kingston planners have developed a digital twin using ArcGIS Urban.

“The vision of a digital twin includes all information that is gathered and managed through the project lifecycle. By allowing us to collaborate with the different disciplines involved in a project, like our land surveyor, a city planner, an engineer and the construction trades, we get better situational awareness of what’s being designed, what will eventually be built; ultimately, making Kingston a better place to live, work and play.”
— Philip Healey, Manager, Enterprise GIS Services, City of Kingston