One thing you’re guaranteed to see in Canada during the winter is snow. That’s why winter maintenance and preparedness should be top of mind for every community and everyone that needs to get out of the house. For November’s App of the Month, allow me to introduce you to Snowplow Tracker, an interactive map that shows the activity of snowplows in the City of Kingston, Ontario.

Ontario is expecting snowfall earlier than previous years. When that happens, cities will have to adjust as pedestrians scramble to find their winter boots and drivers readjust their driving habits. Apps like the City of Kingston’s Snowplow Tracker help people navigate their communities with ease by letting them know which roads are cleared of snow. 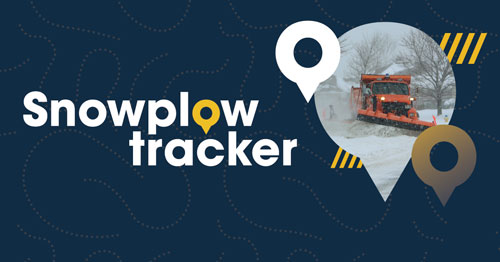 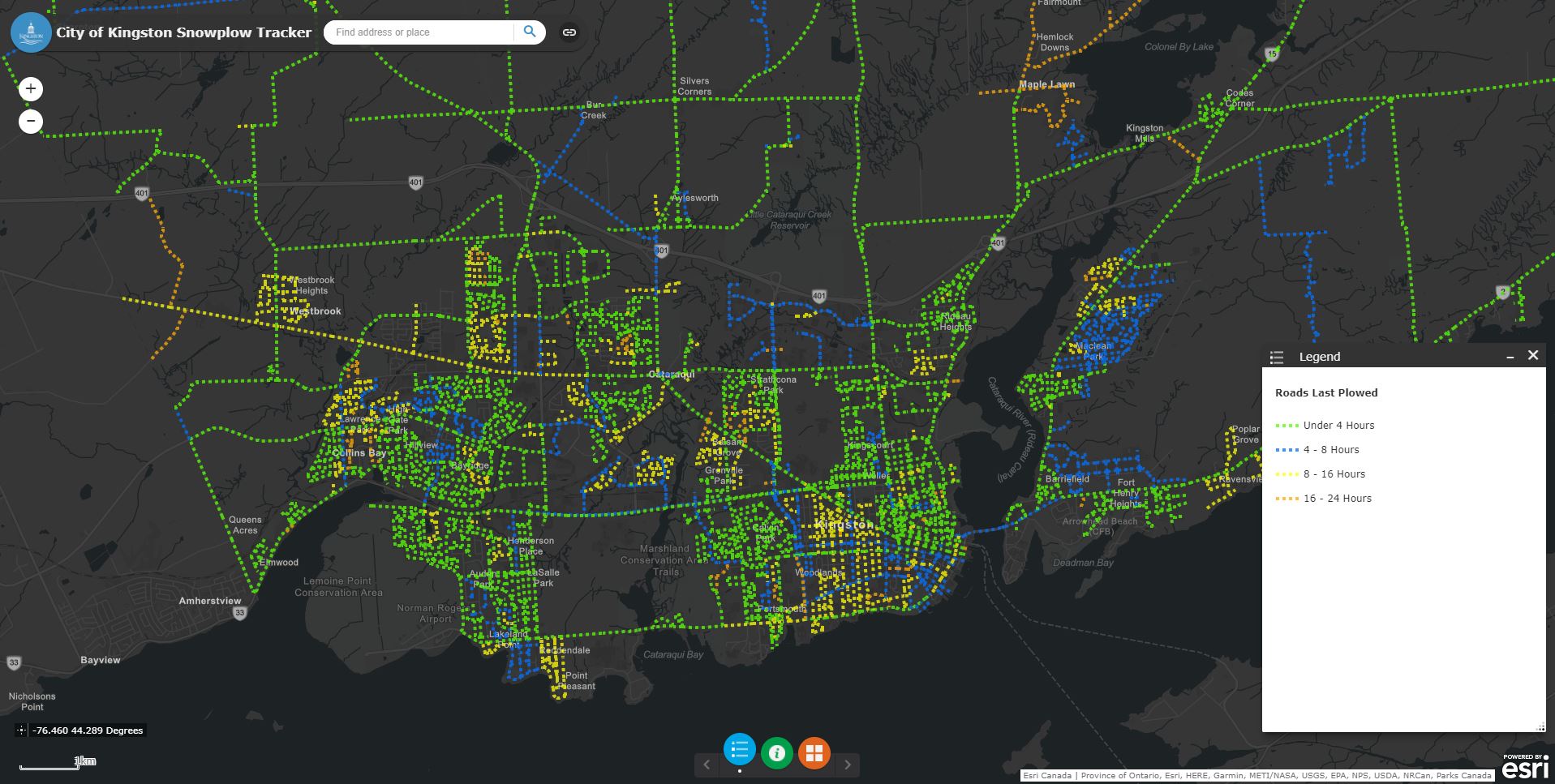 Built using ArcGIS Web AppBuilder, the app displays the City’s road networks, sorted into four classes: under four hours, four to eight hours, eight to sixteen hours, and sixteen to twenty-four hours. These are then visualized in an easy-to-understand way so that everyone can get the information they need. After processing and stylizing its data, the City brought the road data into Web AppBuilder to display it as a map.

Inside Web AppBuilder, you can see that only three widgets were used: the legend, About the App and Basemap Gallery. Not all apps need to be crowded and loaded with widgets. The best apps are easy to understand and effective in delivering the information that needs to be communicated.

Apps like this are examples of how municipalities can inform their communities and showcase their routine operations and maintenance. Built by the City’s GIS services in collaboration with Transportation & Public Works Department, this app has helped the City save money, increase efficiency, enhance service levels and improve communications with the public.

Aside from communicating such information, this app leverages spatial data using the ArcGIS system to help connect departments involved in planning, design, construction and maintenance in the City, making the City of Kingston a more connected community.

As part of its participation in the Government of Canada’s Smart Cities Challenge, The City of Kingston wanted to open its roadway transportation connectivity not just for the public to see, but also to break down silos inside its organization, sharing transportation data and processes. With the City’s well-established ArcGIS environment supporting enterprise GIS, it was able to quickly create the Snowplow Tracker app, producing end-to-end data and information management of the City’s geospatial data assets and a digital twin of Kingston’s road operations and maintenance. In addition, this program aids in supporting Council’s Strategic Priorities by ‘improving walkability, roads and transportation’ within the City.

The term “digital twin” is not just a popular buzzword, fundamentally, digital twins provide access to historical and current data and analytical capability that enables improved insight which leads to more efficient decision making. Creating an overall improvement for Kingstonians. With the Snowplow Tracker app, the City of Kingston has been able to immediately share its data to the public, which has enabled efficient generation and display of reports suitable for improving service levels and productivity. The initiative also promote trust, transparency and accountability - the foundations of government services.

Looking to learn more about connected communities? Sign up for our virtual seminar on November 2, 2021 from 1–3:45 p.m. ET on Building a Safer, Connected Community.