This month’s GIS Ambassador is Kent Lewarne an educator from Pilot Mound, Manitoba. Find out what he’s been doing to promote the use of Survey123 for K-12 citizen science projects and how he’s integrating ArcGIS tools into the Enbridge Riverwatch Manitoba program for K-12 schools in the province.

December’s GIS Ambassador is Kent Lewarne, a passionate science educator with a wealth of teaching experience from Pilot Mound in South Central Manitoba. Let’s learn more about him and discover what he’s done in the last year to promote the use of ArcGIS tools in K-12 education.

Kent began his teaching career in Flin Flon, Manitoba in the mid-eighties. In 1997, he moved to Pilot Mound where he taught at Nellie McClung Collegiate (NMC) in Manitou, Manitoba. This is where he met “two incredible mentors in environmental education - teachers Lynda Matchullis and Al Thorleifson at NMC” who provided Kent with guidance and they worked on many educational projects together. 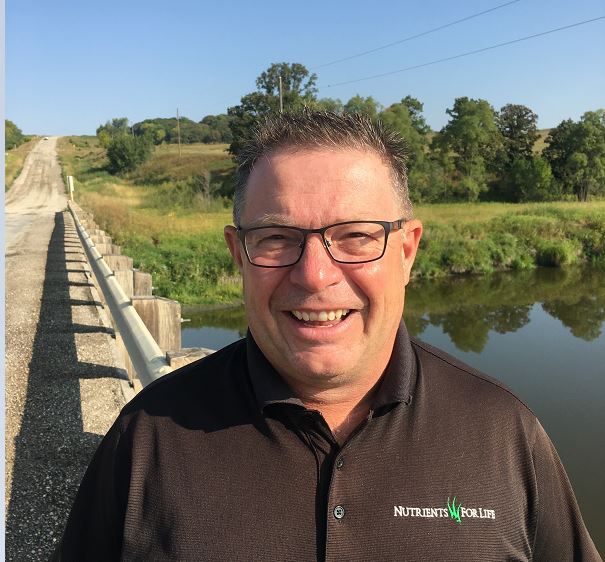 Lynda and Al were both instrumental in the creation of the South Central Eco Institute (SCEI) an umbrella organization formed in 2009 by like-minded individuals and groups to promote water quality and wetland education in Manitoba. SCEI members include the academic community, local governmental representatives, representatives from the eco-environmental trades and agencies, and interested community members.

Since 2011, Kent’s been the program coordinator for Enbridge Riverwatch Manitoba “the flagship program of the SCEI. With its roots in the Prairie Spirit School Division, Riverwatch quickly grew beyond the borders of the school division. Along with Watershed District partners, this program is now offered in seven of the 14 Watershed Districts in Manitoba. It puts industry standard equipment in the hands of students who collect, upload and analyse data from across the province. Students have an opportunity to experience real science in the field by collecting a variety of water parameters such as dissolved oxygen, orthophosphates, ammonia, pH, turbidity, transparency, as well as the metadata to accompany each data set.“ – SCEI 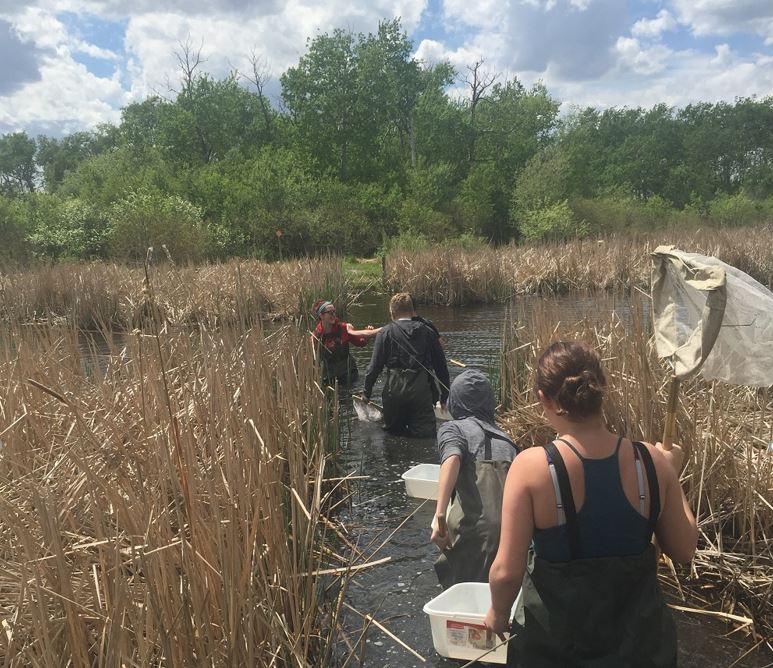 Teaching science is still Kent’s calling even though he retired last year. He enjoys getting out in the field to explore and collect data with students. As the program coordinator for Riverwatch Manitoba, he supports teachers and students in using the water measurement tools and shows them how to collect the data correctly. 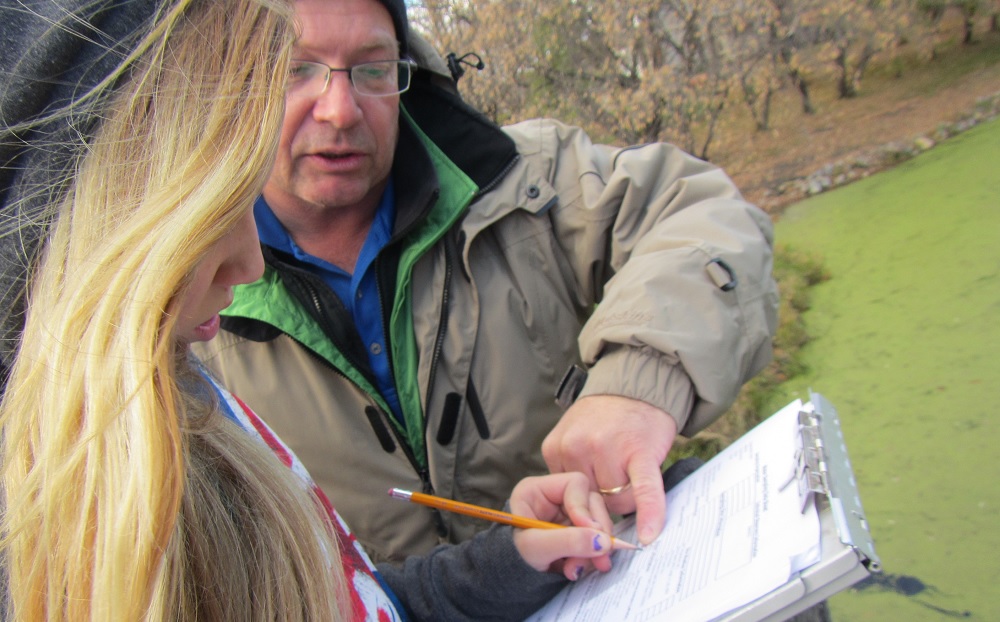 Kent’s love of science and teaching in action. Supporting a student at a water site.
Image from Enbridge web site. 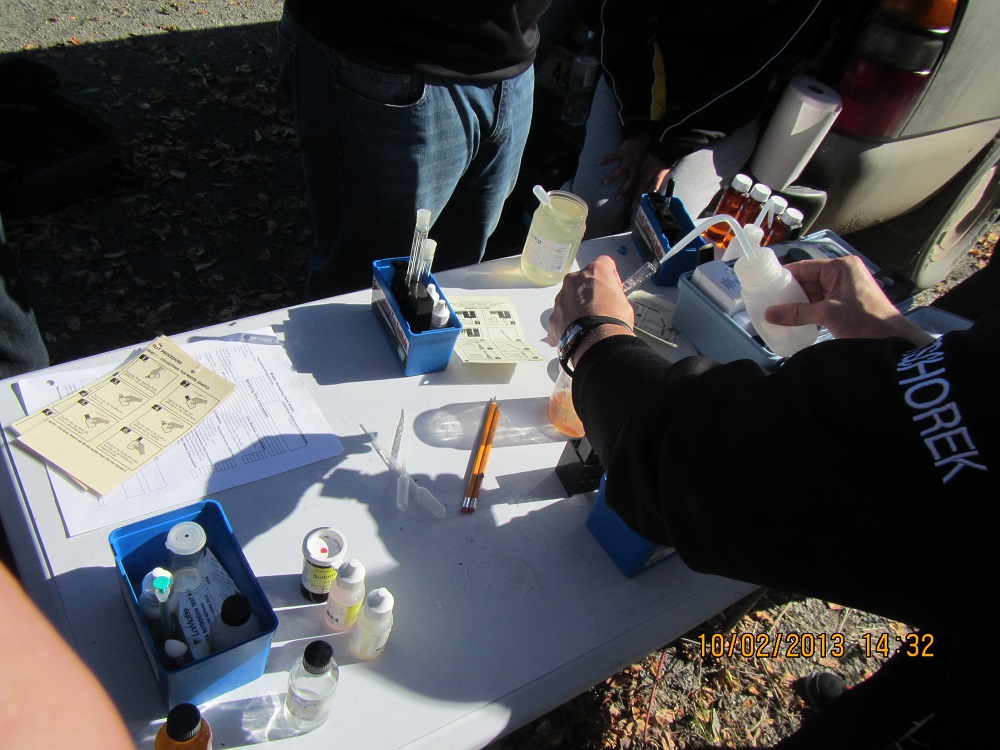 In 2018, I met Kent when he called for tech support. He was recommended to us by Rob Langston, a teacher we know from Brandon, Manitoba. Kent wanted to present collected data on a map and required some assistance. He told me about Riverwatch Manitoba that began as an extracurricular activity to support an Envirothon club at his old school and grew into a partnership between Enbridge Inc. and the SCEI.

After hearing about the program, I suggested Survey123 as a tool to collect data for the Riverwatch Manitoba and showed him a quick demo. He was really excited about how easy it was to use and quickly understood the potential of the software to not only collect data, but to also visualize it and share it with others.

In the spring, Kent was set up with an ArcGIS Online subscription for Riverwatch Manitoba so he could get started with Survey123 and try out other ArcGIS tools. The goal is to use survey123 as the program’s data collection tool for teachers and students to use when they are out at the water sites in Manitoba.

Kent has been actively promoting the use of Survey123 for K-12 citizen science projects at conference and PD day events. He believes it’s a great way to get students doing hands-on science. Here are the sessions he facilitated this year.

BYTE - Build Your Teaching Experience - February 15, 2020. Two sessions called Citizen Science: There’s an App for That. Teachers attended to explore apps utilized in citizen science. Teachers were introduced to Survey123 as a tool to create your own citizen science projects.

STAM - Science Teachers Association of Manitoba - Hosted annually in October, this event gathers science teachers from across Manitoba in a professional development event. This year was a virtual event where teachers learned how Survey123 will be the new data collection portal for Riverwatch in Manitoba. To highlight the ease of use, during the session teachers used a QR code to access a survey and entered some test data.

L.I.F.T. - Learning Information for Teachers. Two sessions were offered virtually on October 23, 2020. Each session covered the basics of Survey123 and how it will be utilized in data collection for the Riverwatch program. Teachers were given a QR Code and asked to enter test data but to include their actual location. Data collected were shared so we could all see where participants were located across Manitoba. 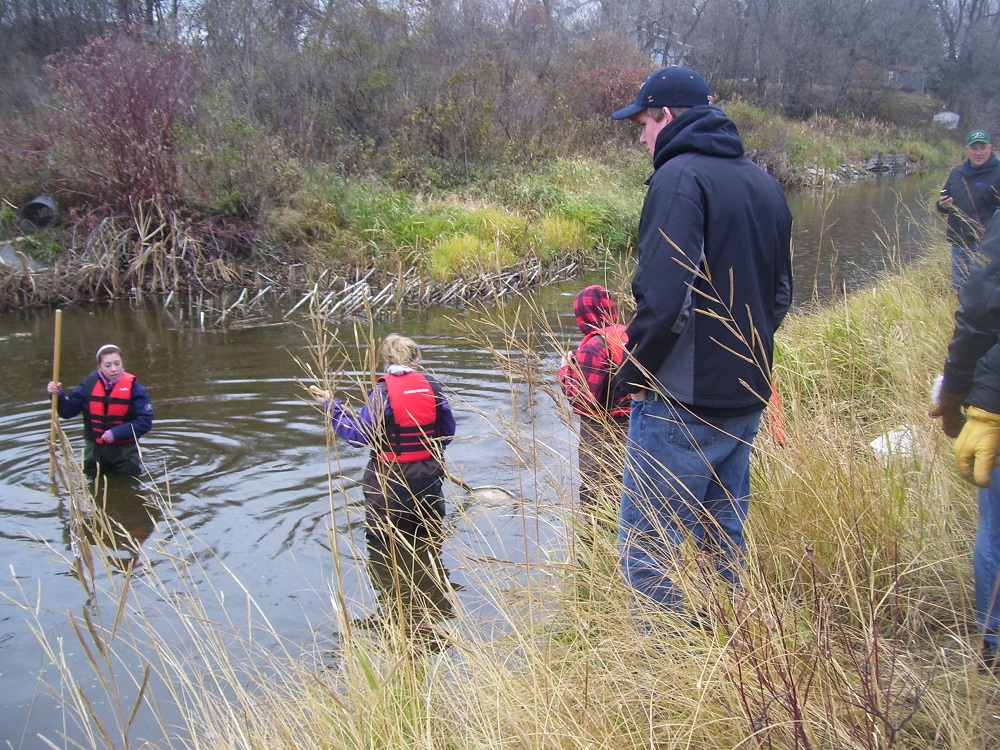 Students collecting water data at a local water site in Manitoba. Image from Enbridge web site. “Riverwatch began in 2010 as an extracurricular activity that supported the Nellie McClung Collegiate Envirothon club. With funding from Enbridge in 2011, Riverwatch is now a program that supports 27 sets of monitoring equipment across Manitoba for K-12 students to use.”- Kent

Another person who’s had a big influence on Kent is his colleague and friend Bob Adamson. They’ve collaborated on many projects and have been fortunate to be involved in the Bio Innovations program in Winnipeg which led them to the Japan Super Science Fair, an international high school competition. As mentors and chaperones to students, they accompanied them on these overseas trips. 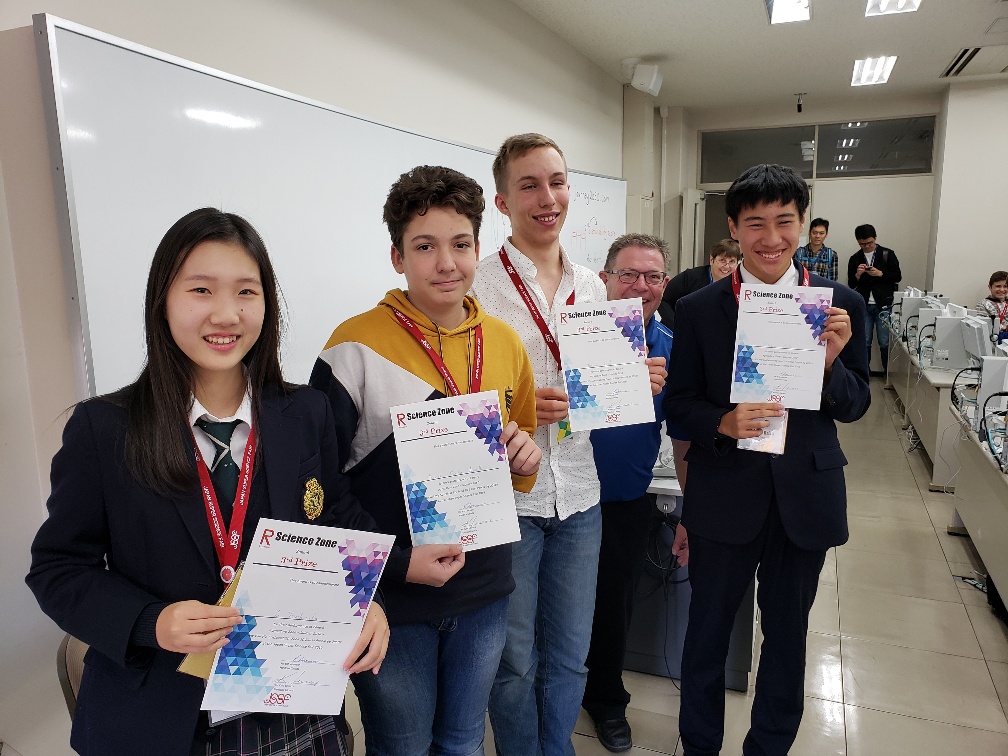 Bob and Kent have had opportunities to travel to Japan where they would mentor and chaperone high schools to the Japan Super Science Fair in Kyoto. Images show Kent and Manitoba students with their Japanese student hosts in Kyoto in 2019.

The Survey is Ready!

The Riverwatch Manitoba survey has been finalized with the support of the K-12 group at Esri Canada. The SCEI web site will be updated in the new year to include the survey and web maps that will reference the location of the water sites and other project information.

In the new year, Kent will continue his survey testing to make sure it is ready for use in the spring when students will be back at the local water sites collecting data. This time it will be with an improved workflow that will make it easy for data collection, analysis, and discovery. The goal is to make this program more engaging by using the ArcGIS tools for Schools. These tools are available to all teachers and students in Manitoba and Canada.

We thank Kent for his continuous support in promoting the ArcGIS tools like Survey123 to educators for citizen science projects and helping us connect with more teachers in Manitoba. We look forward to our work together in 2021.

Read more inspiring stories about GIS Ambassadors in Canada who are supporting K-12 teachers and students in their communities.

Are you a teacher who wants to get started with Survey123? Sign up for an ArcGIS Online account and check out the tutorial to create your first survey.