Have you visited Haldimand County in Ontario? Download the Connections app and take a historic, scenic tour of the area before you go.

With spring already here, you may be thinking of visiting the Niagara Peninsula. If you do take the trip, make a stop in Haldimand County. There’s lots of beautiful scenery to take in, and the County has even made it easier for you to enjoy your visit with its recently launched Connections app.

On May 10, Haldimand County welcomed residents and visitors to test its free driving tour app at a Canada 150 celebration event held in Cayuga. People were encouraged to download the app and enjoy a scenic tour of the area. The tour features 40 destinations, including a diversity of historic and overlooked homesteads, museums and attractions.

“We are thrilled with the end result of the app, and are excited to launch it during Canada’s 150th year,” said Mayor Ken Hewitt. “We hope it encourages people to get out and explore, and learn about the stories that shaped our communities and nation,” he added. “There’s a lot of history here, a lot of beauty and a lot to celebrate.” 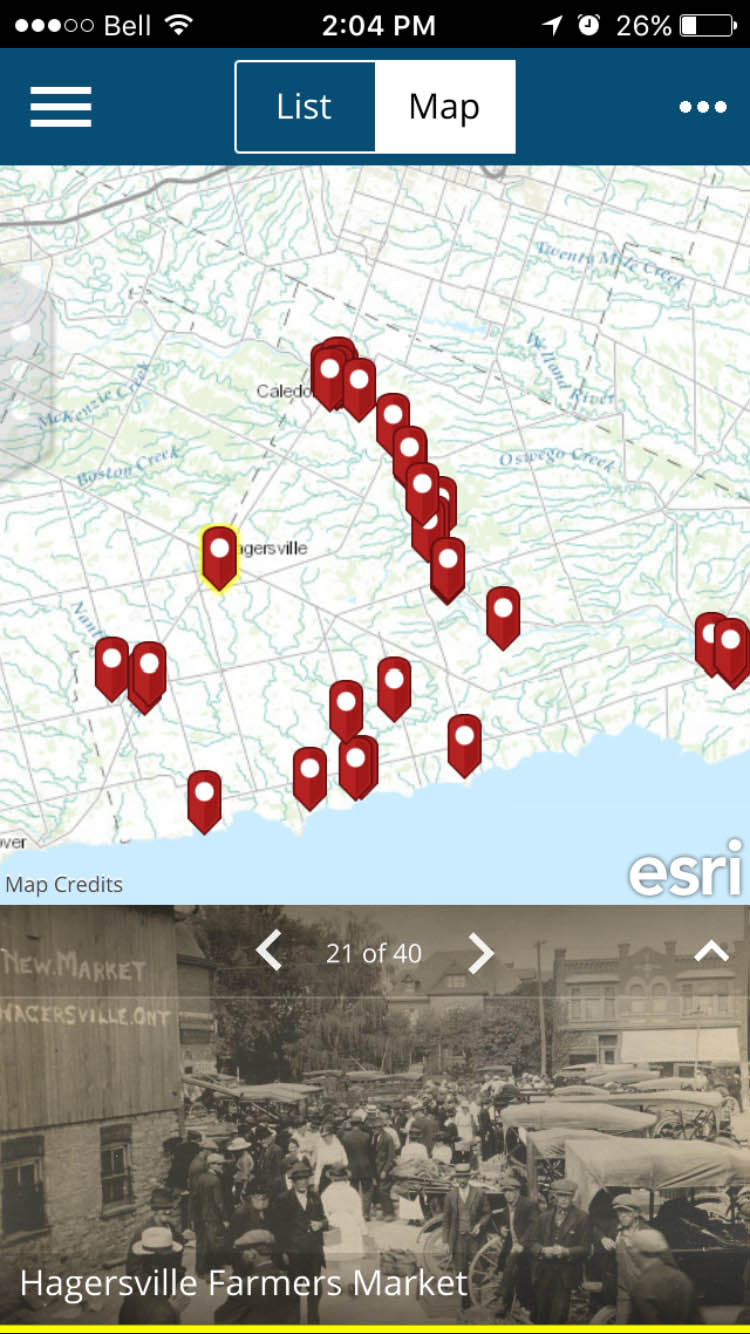 A map view of the many attractions in Haldimand County, including the Hagersville Farmers Market.

What Esri technology did you use to create the app?

We made use of AppStudio for ArcGIS to create the app, Esri Story Maps to develop the points of interest and curate the content, Collector for ArcGIS to capture building points in the field and ArcGIS Online for photo storage and map creation.

How long did it take you to develop the app and what was the process?

From its initial conceptualization to public launch, the app’s creation took three weeks. We quickly created it by configuring a template available in AppStudio. It was quite easy to compile the app once we had all the content. The most time-consuming tasks were collecting the data and refining the verbiage on the app. Submitting the apps to the Apple and Google app stores also took some time.

Did you have any challenges with the development of the app? If so, how did you overcome them?

We had technical issues with the photo storage in the first iteration. We originally used Google Photos to store and access the images, but there were consistent problems with accessing them. We also ran into a licensing issue as we built out a fully customized version of the app on the desktop edition of AppStudio, without the ability to publish it to the app stores. So, we scaled back the app and used the default online version of AppStudio. 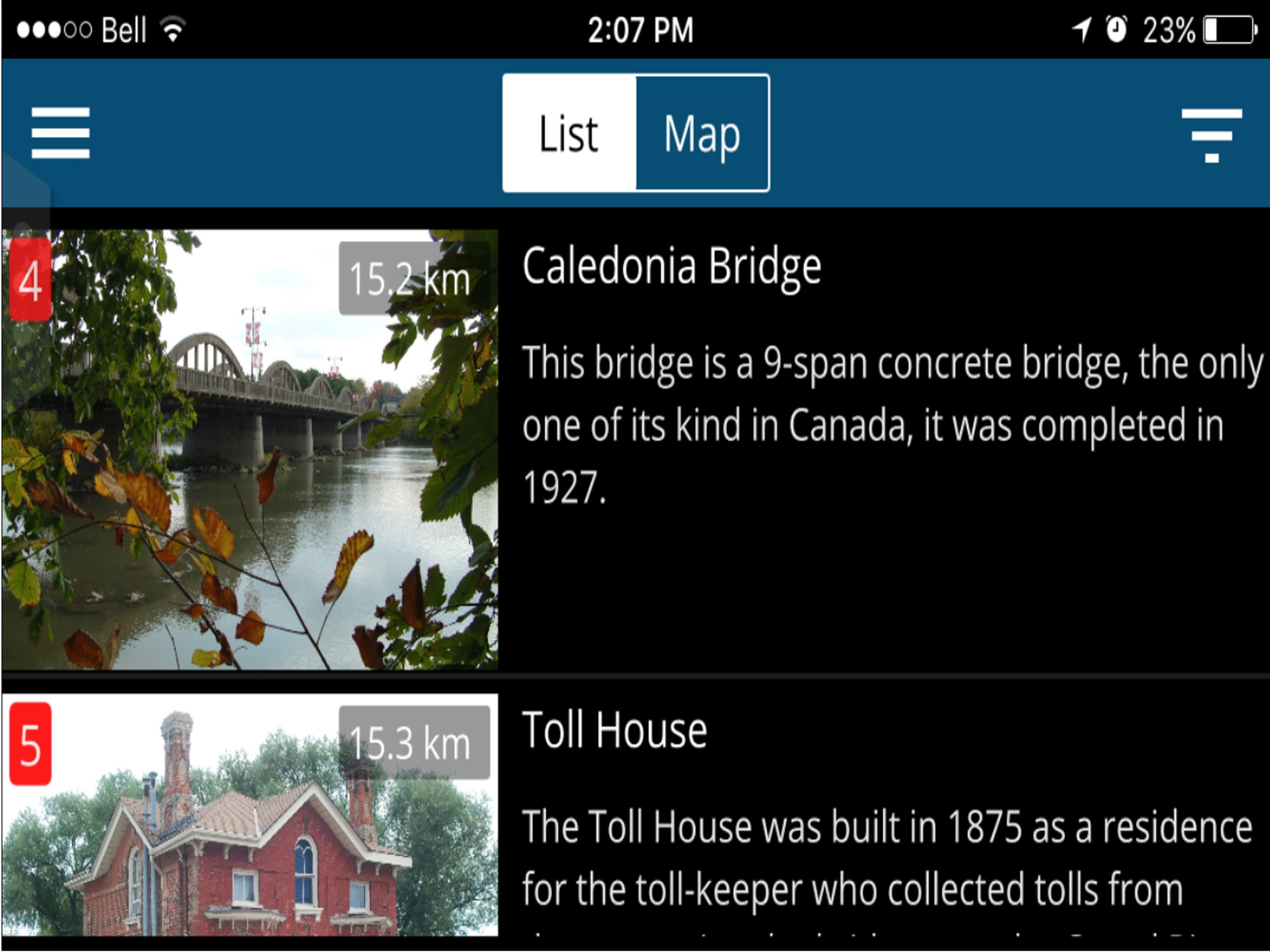 A list view of the Connections App. Have you ever visited the Toll House?

What is the app’s most notable feature?

The app’s most notable feature from a technical perspective would be its ease of use. Users are able to look at points on the map or scroll through a list. Having the ability to navigate content in a form that enables them to adjust what they’re exploring empowers the end user with much more control. That individualistic control makes the app very easy to use and understand. Another unique feature is the ability to click on a point’s geographic location (latitude and longitude) and interact with the phone’s navigational features to direct the end user to the location.

What has been the feedback from people who have downloaded the app?

Generally, people have been very impressed with the app. We’ve had tremendous feedback from users on how much they like the look and feel of the app. Users have really enjoyed the photos being integrated into the content, so they can navigate to their location and know what they’ll see when they get there.

What future plans do you have for the app?

We’re rolling out the Haldimand Connections app as a part of the Canada 150 funding that the County has received. It will be a part of a travelling exhibit that highlights the rich, fascinating history of the County.

In celebration of Canada’s 150th birthday, Haldimand County also created several Heritage Minutes videos. One highlights how County residents donated all proceeds of the 1917 Dominion Day celebrations to the local Red Cross to assist soldiers that fought in World War I. Each of the minutes on Haldimand County’s YouTube channel tells local stories of historic significance, enabling residents and visitors to learn more about the County through the lens of the past.

Now that you have a sneak peek of this beautiful county, download the Haldimand Connections App. 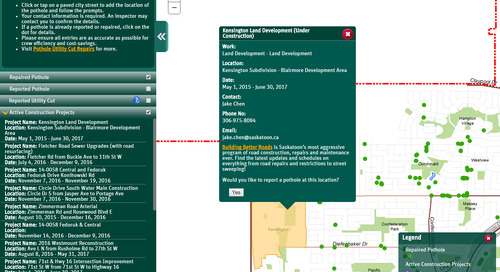 Explore how the City of Saskatoon proactively combats potholes in collaboration with citizens with a crowds... 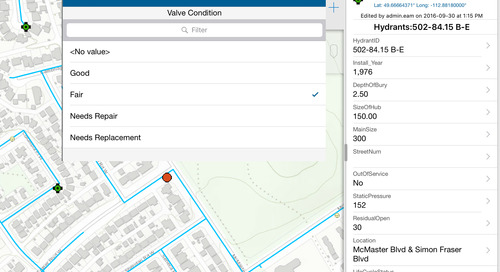 Here are a few tips and suggestions to help you get the most out of Esri’s suite of mobile apps, including ... 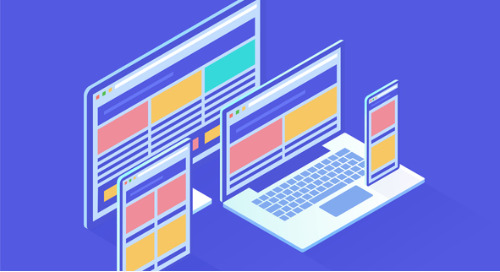 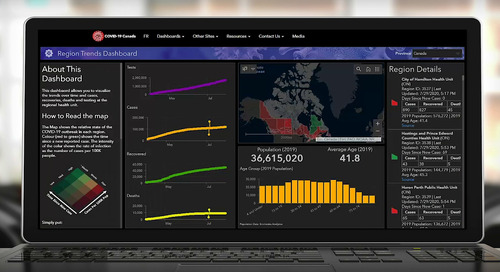 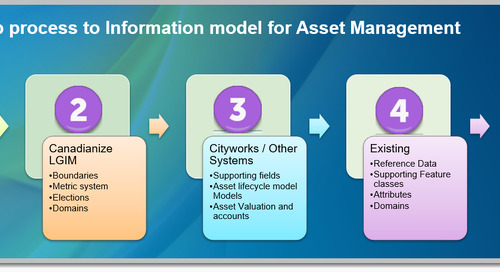 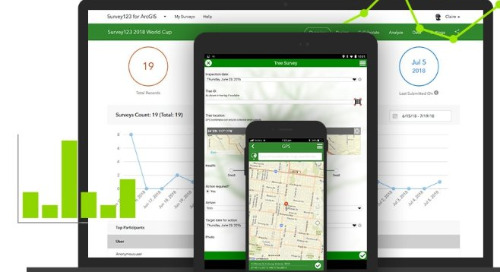 Get answers to all your questions related to ArcGIS Survey123. 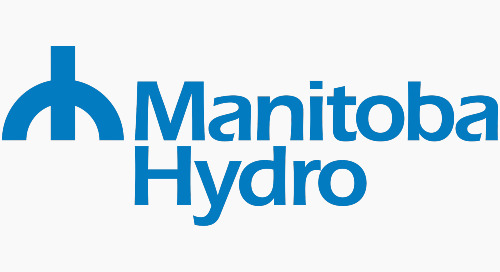