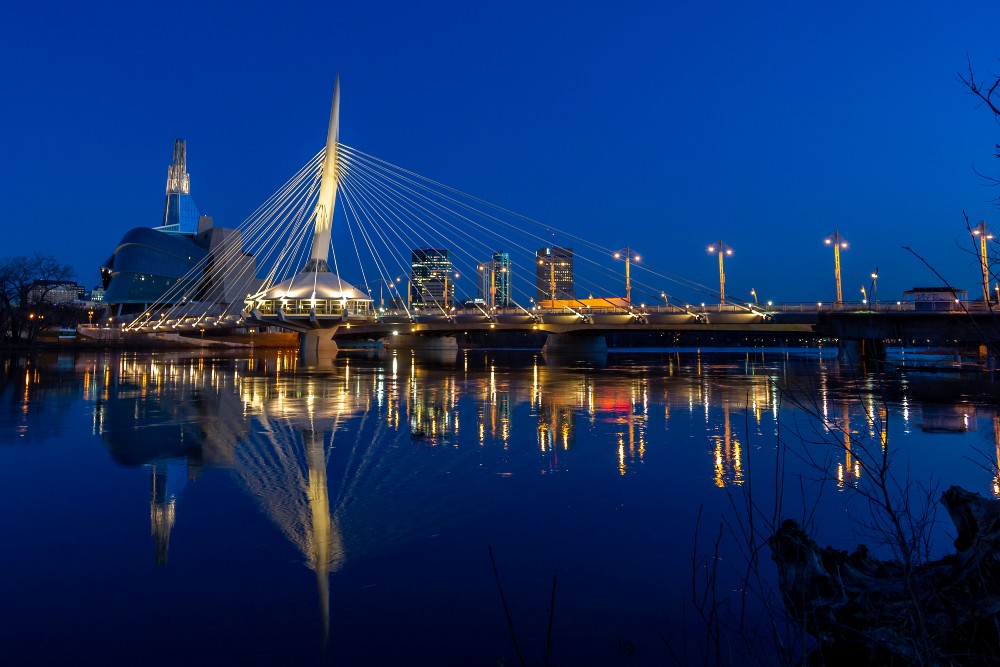 Even the most well-designed paper-based systems will lag behind their digital counterparts in terms of efficiency, interactivity and visibility. This was the motivation for the Property & Corporate Environment (P&CED) department at Manitoba Hydro to digitalize their folder management system for handling land management service requests. Digitalization also reduces the need for person-to-person contact and facilitates remote working, which were capabilities that Manitoba Hydro was keen to take advantage of as the COVID-19 pandemic emerged.

Manitoba Hydro’s P&CED department provides land management services to the entire corporation. Historically, the department used paper files and physical folders to manage service requests. With 3000 to 4000 property requests per year circulated through multiple sections, this was no easy task. The physical system made it difficult to keep track of and manage requests. Further, requesters had little visibility into projects. Indeed, requesters often would not know when a request had been received, who was working on it, or what its status was. This created challenges that were not simply a matter of a bit more paperwork or email exchanges for the parties involved; it could invite bottlenecks that might delay major projects given P&CEDs critical role within the corporation.

All projects, whether capital improvements initiatives, energizing a subdivision, or simply maintenance work must go through P&CED. This meant that all requests had to go through the physical, paper-based, folder management system. The system itself was not really the issue. Rather, it was the physical medium of that system that made the process so cumbersome. For example, a person might access a file from a filing cabinet, take it to their desk and use it as needed. However, if a second person needed to access that file, they would not be able to because it was not in the folder. To mitigate this bottleneck effect and make the process easier for all involved, P&CED made the decision to digitalize their folder management system. This initiative was made all the more urgent by the COVID-19 pandemic, which was spreading throughout the country just as P&CED were implementing their new system. As an essential service, Manitoba Hydro had to find a way to ensure business continuity while complying with government-issued guidelines for social distancing.

To digitalize their folder management system, P&CED used Esri’s ArcGIS Hub and ArcGIS StoryMaps, along with ArcGIS Server, and the Enterprise Geodatabase combined with FME (to manage some data manipulation and client notification). The system is principally composed of a client portal available to anyone within the corporation to make requests and access information, as well as a firewall-protected internal hub to securely manage requests and workflows on the backend.

The interactive user-facing portal allows requesters to access a form and input the details of their request, as well as attach related documents. Once the request is submitted, an email with the relevant information is sent to notify the applicable parties, including the requester. Beyond email, users can also access the hub at any time to view information related to their request, such as its status, and view it within the context of a map to see how—or rather, where—it relates to other requests. Indeed, as the architect of the system, Geomatics Engineer Michael Derevnin notes, “All of our requests are related to some particular piece of land.”

Another component is the Request Tracker System, which provides a dashboard that enables requesters to see and track the status of all their requests. For some users, such as designers, who typically submit dozens of requests each day, the ability to keep tabs on their work is a much welcome change from the previous opaque system. The Request Tracker enables users to filter by various parameters, such as the overarching project to which they are related. Users can also export information and then import to other platforms, such as design programs to run design analysis.

On the backend behind the firewall, P&CED can easily and securely manage requests. Here, they can assign requests to the cue, update their status, edit as needed and attach documents. As updates are made, the system sends out notification emails to the applicable parties to keep them informed. Again, this provides clarity where previously requesters had little knowledge of what happened after they had submitted a request.

Manitoba Hydro’s new digital folder request system has dramatically streamlined the request management process, both from the perspective of those making requests and those in P&CED managing the requests. The near real-time updates, which are accessible through multiple channels, have introduced a level of clarity and ease-of-use that the previous paper-based was physically incapable of delivering.

While the P&CED department was and is always ready to please, some requests take longer than others. In the previous system, work on such requests often went unnoticed because the work was virtually impossible to document and relay to the interested parties at a near real-time pace. With the new system, there is a much clearer understanding of the department’s workflows and where a given request is in the process. A credit to its flexibility, the system has been very popular with requesters across Manitoba Hydro, whether they’re lawyers, planners or designers. Indeed, while training documentation were put together to educate users on the new system, most requesters found the system intuitive enough to begin using directly without the need for extensive training.

“Because of the system’s intuitiveness, the transition from a paper-based workflow was quite fluid,” says Alec Stuart, Property & Corporate Environment Department Manager. He goes on to note that, “The requestor now directly interacts within the system, which relieves administrative staff from tedious intake tasks, freeing their time for more important assignments.”

As a major utility corporation, Manitoba Hydro manages large, complex projects. The ability for those working on such projects to quickly and easily get information related to service requests cuts down on unnecessary back and forth between departments, improving efficiency. At a higher level, management has access to this information as well, giving them insight into operations within and between departments. “I no longer have to bother staff to understand the status of a project as updates are now available at my fingertips,” Stuart notes.

While they plan to evolve the system and introduce new account types and privileges, the current model can support all of Manitoba Hydro’s 5000 staff members and partners. “It’s been a big game-changer for us. And not only for our department or section, but the whole corporation,” Geomatics Services Supervisor Gordon Stark says. Stuart reinforces this point, saying:

Looking ahead we will also be exploiting more of what the request management system has to offer-including inventorying, and related analysis, of our ever-increasing, and already massive, land interests. Ultimately, however, we want to improve on the customer experience. Early feedback we’ve been receiving tells us the system has indeed hit the mark!
- Alec Stuart, Property & Corporate Environment Department Manager

Finally, the digitalized system enables remote working and eliminates the need for person-to-person contact as well as contact with physical files. These features have been critical for facilitating compliance with social distancing guidelines, helping Manitoba Hydro keep staff safe while ensuring business continuity.