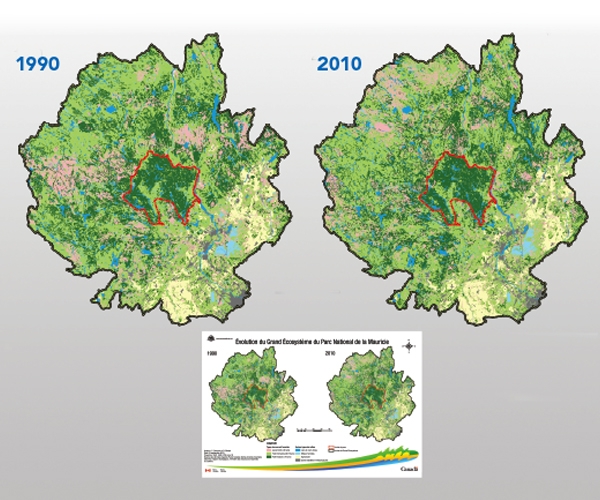 The “Greater Ecosystem” is the peripheral region that may have an impact on a national park’s ecosystems. Its evolution is tracked as part of the ecological integrity monitoring program to facilitate the interpretation of changes observed in the park. Thus, we know that the forest within Mauricie National Park in Québec, which was subjected to a series of natural disturbances, changed little between 1990 and 2010 compared to that of the Greater Ecosystem, which was subjected to logging. In the long term, this difference in the rate of change may affect the park’s wildlife species, such as moose, wolf, bear, pine marten and the Canadian lynx.