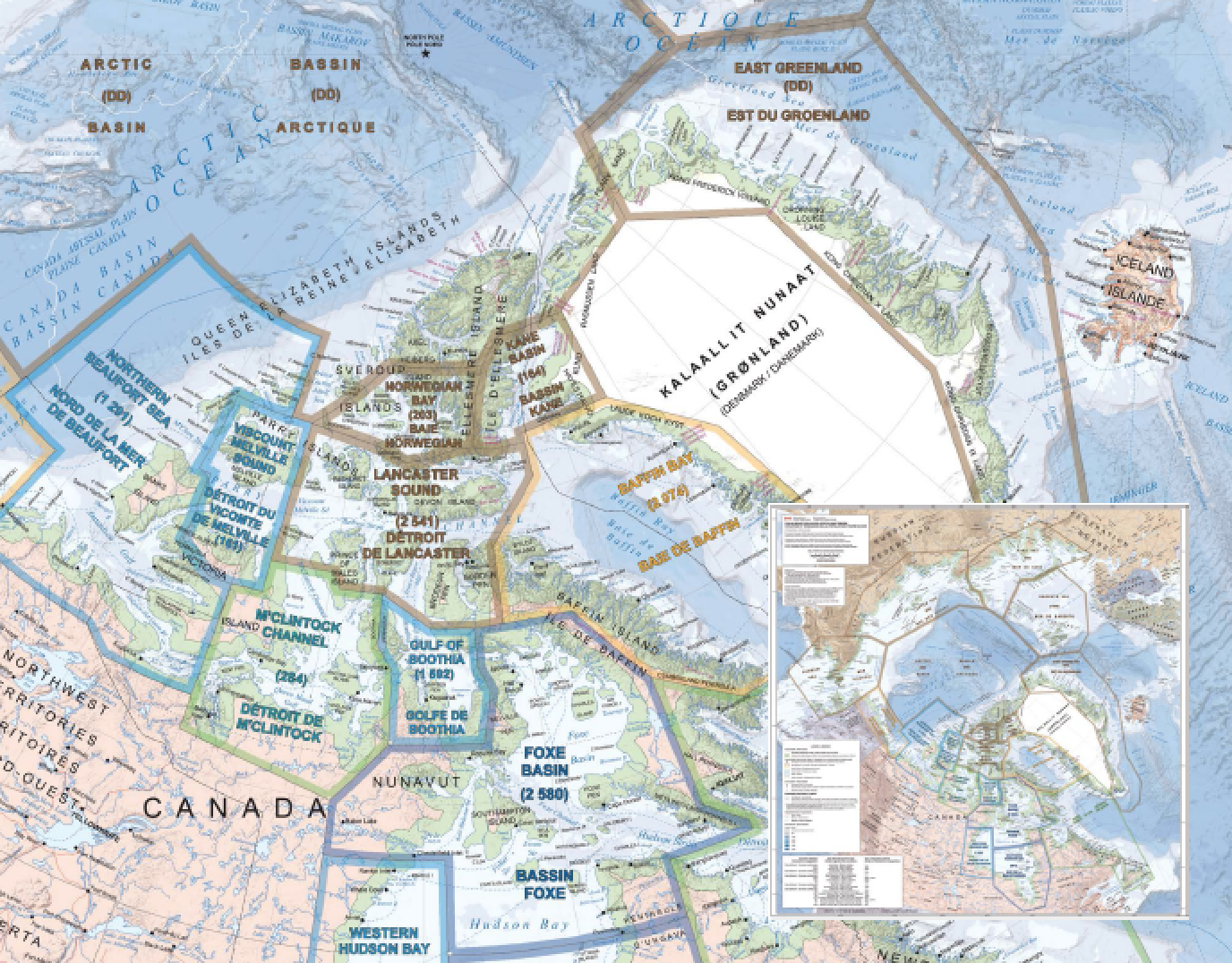 This map shows the trend in polar bear subpopulations (i.e., increasing, stable or decreasing) across the circumpolar Arctic as of 2015. Assessments are based on recent scientific information and, in many cases, consideration of traditional ecological knowledge. Population trend is determined by comparing this recent assessment with an assessment from 12-15 years earlier. Subpopulation polygons are primarily based on movement patterns of female bears identified through the use of satellite tracking collars. Population sizes are estimated via field research, such as mark-recapture methodologies conducted over three to four years or aerial surveys and the application of modelling techniques.