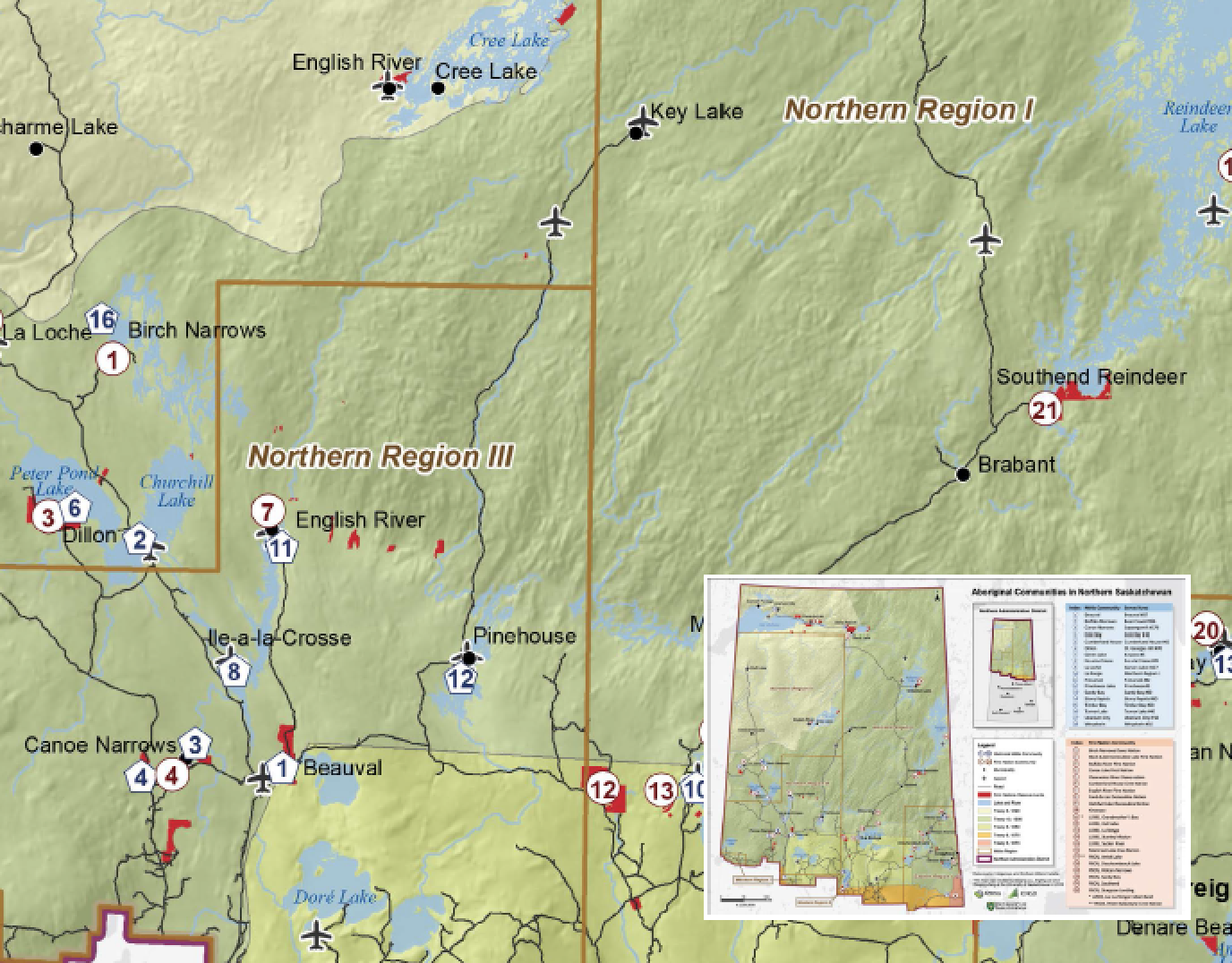 The Spatial Initiative and the International Centre for Northern Governance and Development at the University of Saskatchewan have received numerous requests for high-quality maps of the Canadian sub-arctic or northern Saskatchewan. This map illustrates the aboriginal communities in northern Saskatchewan, which includes historical Métis and First Nation communities, as well as treaty boundaries. The majority of the Métis live in the northwestern region, while many First Nation communities live in the northeastern region. This map was created by students Xiaojing Lu and Jingting Lei, and their supervisor Dr. Weiping Zeng.